What Is Blood Pressure (BP)?

Blood pressure, abbreviated BP, is the pressure of the blood against the arterial walls.

Why Are Two Values in the Blood Pressure Reading?

Blood pressure is expressed with two values, separated by a slash and with a unit (mm Hg), for example 125/85 mm Hg; pronounced “125 over 85 millimeters of mercury” (according to height of a column in a blood pressure monitor).

What is Normal Blood Pressure Range?

For an adult (18 years or older), any blood pressure between 120/80 and 90/60, measured in the sitting position on the upper arm, is considered as normal.

It was found out that people with blood pressure within this range are at least risk to suffer from heart attack, stroke or other circulatory disorders (1), so it is often called optimal, ideal or healthy blood pressure range.

Blood pressure tends to increase with age, so many doctors consider readings as high as 150/85 in old people as normal. However, many health institutions claim that blood pressure above 120/80 should be always considered as increased risk to develop a circulation-related disorder (1). 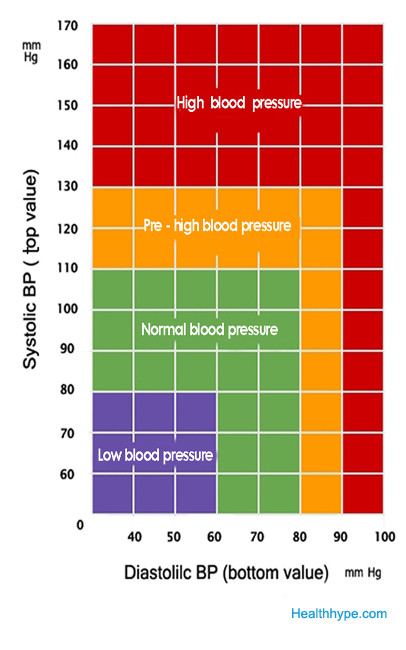