Every parent experiences episodes of crying among newborns where the baby is inconsolable. Neither feeding, nor diaper changing or cuddling can pacify the baby. Often this is attributed to colic when all other irritant factors have been excluded. Colic appears to be a common condition among infants and some babies experience it to a greater degree than others.

What is colic in infants?

Baby colic, also known as infantile colic, is a distressing condition that most often occurs in babies between 2 weeks to 4 months of age. The exact cause of baby colic is unknown although a myriad of contributing factors and possible causes have been identified. However, none can be attributed to every single case of baby colic.

While baby colic is very distressing to both the infant and the parents, it has not been linked to any long term complications. There is no reason why a colicky baby will not continue to feed, gain weight and reach all the milestones as would be expected of a healthy infant. In rare cases, medical treatment may be warranted.

When is it colic?

Infantile colic can be defined as frequent episodes of inconsolable crying which lasts for more than 3 hours a day, for more than 3 days per week, for at least 3 weeks in an otherwise healthy and well-fed baby. In most cases, baby colic starts to settle around 3 months of age and very rarely does it extend beyond 6 months of age. 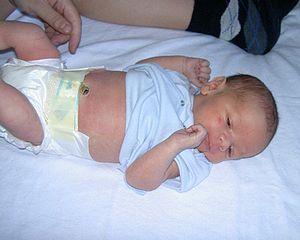 The symptoms of infantile colic are usually non-specific and a diagnosis can be made only after excluding other conditions. It is also important to verify that the baby is healthy and thriving as the contrary may indicate a possible underlying disease. The typical symptoms associated with baby colic may vary in severity and nature among infants, with some babies not displaying any of these symptoms except the crying episodes.

What are the symptoms of colic?

Baby gas problems associated with belching or flatulence is common. The symptoms may aggravate in certain conditions, such as overfeeding the baby and stress within the household.

Both breastfed and bottle-fed babies can suffer from colic and the exact cause iis unknown. However, mothers who smoke and passive smoking by the infant may be considered as risk factors. 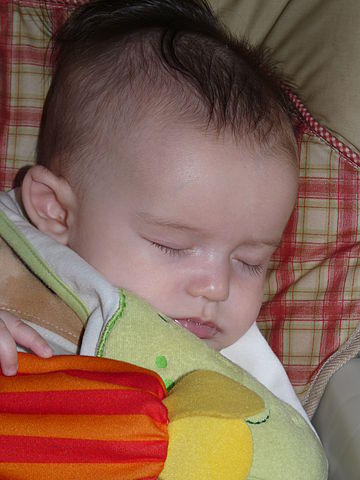 How to prevent baby colic?

Dealing with a colicky baby is trying on the parents and would rather be prevented. However, baby colic is a difficult condition to prevent as the exact cause is unknown. It appears to affect both breastfed and bottle fed infants.

This, however, does not mean that concerned parents cannot take measures to reduce the severity of the condition and possibly avoid it altogether. Attending to the baby’s needs mentioned above in a timeous manner, taking the time to burp the baby after meals and maintaining a calm, happy and peaceful home can go a long way in possibly avoiding infantile colic.

Another factor to consider is the physical and psychological health of the parent or caregiver. Stressed, sleep deprived or ill parents are unable to meet the baby’s demands as would be expected and the frustration of the parent can create tension within the home, either at the infant, other children in the household of even among partners. Infants seem capable of sensing the discord and responding with irritability, poor eating and sleeping habits and crying.

The role of drugs in the treatment of colic is minimal unless there are signs of GERD. An anticholinergic drug such as dicyclomine hydrochloride, although effective in treating infantile colic, is generally not recommended because of its potential adverse side effects. Other antispasmodics like hyoscine butylbromide may offer short term relief but often become ineffective after a short period of use.

Use of simethicone, which may help to relieve baby gas problems, is usually not indicated for infantile colic. Sedatives are not to be used at all. Herbal remedies and other alternative treatments should be used with caution and only after consulting with the pediatrician.

Parents need to be reassured that although colic is distressing, it usually does not have any adverse effects or cause long term complications. It is a self-limiting condition which should pass by the age of 3 to 4 months. Overzealous parents who may move between doctors and try radical complementary therapies may be prolonging the course of the condition or even causing complications that would otherwise have never been present.

Some simple measures and home remedies that may be helpful include :