Over the past few years there has been a lot of media attention about the dangers of salt in foods. It is known that a high salt intake can contribute to high blood pressure which may in time lead to heart attacks and strokes. However, this has not stemmed the availability of foods with a high salt content. The Food and Drug Administration (FDA) has now acted against this health risk in foods by issuing guidelines that will see a reduction of salt in foods by one-third.

What is food salt?

When we think of salt, most of us think of table salt. This is chemically known as sodium chloride. The problem with high salt content in foods lies with sodium. Although table salt has a salty taste, other salts that contain sodium may not. Therefore a person may not be aware that they are consuming too much of salt. In fact about 90% of the sodium that Americans consume are from processed foods and not from too much of table salt in their food. Sodium is used for flavor and in preservatives.

Small amounts of salt are not a health risk. In fact the body requires sodium to function properly. Sodium plays a role in various processes within the body, such as regulating blood pressure, muscle function and controlling the acid-base balance among a host of other functions. However, high sodium intake affects the body in several ways and is particularly disruptive to the cardiovascular system (heart and blood vessels). This can eventually increase the risk of having a heart attack or stroke. 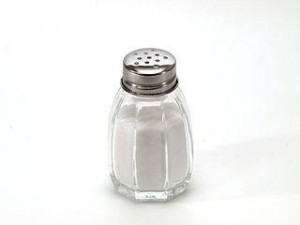 An intake of high sodium food has a host of adverse effects in the body. The salt (sodium) is eventually absorbed from the gut into the bloodstream and then circulated througout the body. High levels of sodium in the blood is known as hypernatremia but even moderately elevated levels of sodium can be a problem. Normally excess sodium is excreted by the kidneys but the kidneys have a limited capacity to stabilize the sodium levels.

It is important to understand how sodium causes disruptions in the body, particularly when it comes to the water content in the body. About 60% of the human body is composed of water, most of which are inside cells (about two-thirds) with the remainder being outside cells like in the bloodstream and tissue fluid. High sodium levels causes the body to retain water. It also causes water to be drawn out from cells into the tissue fluid and blood.

Read more on high sodium levels in the blood.

The additional water in the bloodstream increases pressure within the blood vessels which is seen as high blood pressure (hypertension). It also increases the workload of the heart and strains it. Along with other effects, this increases the risk of cardiovascular disease like heart attacks and strokes. These cardiovascular diseases are the number one killer in the United States and is responsible for 30% of all deaths worldwide.

A heart attack is where a portion of the heart muscle dies. This is usually occurs when the coronary arteries, which supply the heart muscle with blood, become narrowed and eventually blocked. The narrowing (coronary artery disease) is linked to high blood pressure and high blood cholesterol levels. A heart attack can be deadly. Even when a person survives, the heart is weakened and this can lead to heart failure.

A stroke is where the blood supply to the brain is disrupted and this leads to death of a portion of the brain tissue. Depending on the location and size of the affected area, a stroke can be fatal. Most strokes occur when the arteries that supply blood to the brain becomes narrowed and eventually blocked. The main reason for this narrowing is similar to coronary artery disease – it arises with high blood pressure and high blood cholesterol levels.

It is important to read food labels very carefully. The sodium present in many of these foods does not cause the food to taste salty. Therefore it is often undetectable to the taste buds. Therefore this sodium content is sometimes referred to as hidden salt. 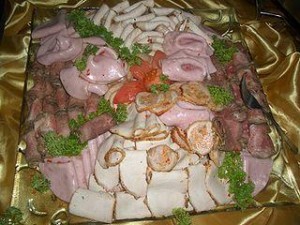 Some foods can also be very misleading, like fresh meats. While most fresh meats may not have salt added to it, poultry is an exception. It is a common practice globally to inject poultry, particularly fresh chicken, with a salt solution (brine) to reduce bacterial content.

Every adult should be controlling their salt intake, not only people with high blood pressure, heart failure or kidney disease. The current recommendation is a maximum of 2,300mg of sodium per day. That is equivalent to the sodium in 1 teaspoon of salt. The following dietary measures can be helpful in reducing salt intake: