What is morning diarrhea?

Morning diarrhea is a term used to describe loose, watery stool and an urgent need to have a bowel movement upon waking. In some people, the need to pass stool may disturb sleep within the early hours of the morning. Morning diarrhea is not a specific symptom that clearly indicates a definite cause. It is frequently seen in most gastrointestinal disorders where diarrhea is a feature.

However, it tends to be more common in a person suffering with bowel disorders such as irritable bowel syndrome (IBS) and inflammatory bowel disease (IBD). This most likely indicates a psychosomatic element as both these disorders are aggravated with stress and anxiety.

These factors are the reason why bowel movements tend to occur during the day and less frequently at night. Furthermore during the sleeping state the body ‘deactivates’ many sensations and processes, such as defecation. A person with good bowel habit and sleeping patterns may find the urge to defecate upon waking in the morning or shortly thereafter. This is not abnormal. 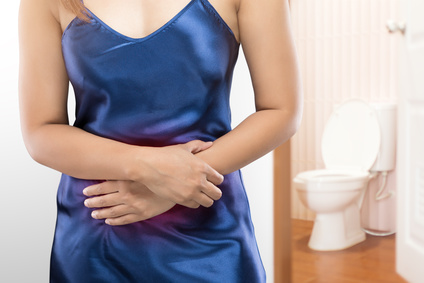 It is usually associated with an approximate time and whether awake or asleep, the urge to pass stool may occur within this time period. However, it is not an uncontrollable urge to have a bowel movement and the stool is not loose or watery.

In morning diarrhea, there is an urgent need to defecate upon waking or shortly thereafter. It may be to the extent that a person is disturbed from sleep to have a bowel movement. This may occur for a number of reasons :

Although the reasons above can occur in a person even without morning diarrhea and are not always indicative of a pathological cause (disease), it is more likely to be amplified in certain diseases.

Any cause of chronic diarrhea can be worse in the morning upon waking, following breakfast and with physical activity. However, there are certain conditions where diarrhea in the morning is more likely to occur.

Irritable bowel syndrome (IBS) is a functional bowel disorder with a change in bowel habit, abdominal pain and bloating. IBS occurs in the absence of any disease and appears to be due to faster or slower than normal bowel motility.

The diarrhea is worse at certain times and occurs as acute episodes (attacks). It does not specifically worsen in the morning during these attacks but generally the diarrhea starts from the time a person awakens. In severe cases a person may awaken from sleep, sometimes even several times, to pass stool.

Antibiotic-associated diarrhea (AAD) occurs after the use of antibiotics when the normal intestinal flora (‘good bowel bacteria’) is disturbed. Most cases resolve spontaneously within a short period of time but if it progresses to colitis (colon inflammation) it can be ongoing for long periods of time. Morning diarrhea is not a specific feature of antibiotic-associated diarrhea but it tends to arises with the stagnation of colonic contents and irritation of the bowel wall during sleep. 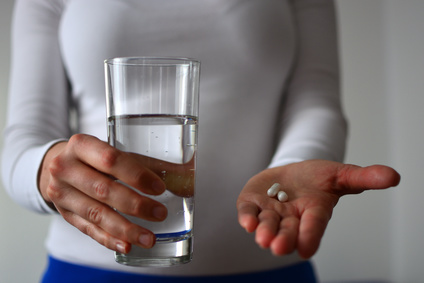 Diarrhea with Other Substances

Substance misuse, particularly nicotine and alcohol, are known to cause bowel irritation. These substances are often used in excess during night time binges at social events. Diarrhea in the morning or upon waking is therefore a common feature the day after such a binge. It tends to occur as an isolated incident unless the behavior is repeated on an ongoing basis. Other substances including illicit drugs may also be responsible for morning diarrhea if misused the night before.

Pregnancy leads to high levels of certain hormones like estrogen and human chorionic gonadotropin (HCG). Morning sickness is associated with the elevation of these hormones and it is believed that diarrhea in pregnancy may also arise for the same reasons.

Although nausea and vomiting is not always isolated to the morning and first trimester, it tends to be worse during these periods. Similarly, diarrhea associated with pregnancy can be worse in the morning particularly within the first trimester. Certain oral contraceptives may have a similar effect.

Psychosocial stress can cause diarrhea. The bowel movements may ease when a person is asleep and relaxed and worsens when awake and with any intense emotion. The diarrhea tends to ease once the stressful situation resolves or is removed. Read more on stress diarrhea.

Morning diarrhea is a symptom and the cause needs to be identified before treatment can be commenced. Although these is no specific treatment for morning diarrhea itself, certain measures may be helpful in most causes. This includes :