We all experience cravings from time to time but these cravings are usually for certain foods, beverages or condiments. This is not considered abnormal or uncommon. However, when there are cravings to consume non-edible substances then it should be investigated. This may be a sign of an underlying disease or disorder which requires medical treatment.

Pica is the medical term for unusual cravings and consumption of for substances that are considered indigestible or non-nutritive (not food stuffs). The odd episode of such cravings is not immediately considered to be pica. However, if such cravings persist for at least one month then it is diagnosed as pica. Although nutritional deficiencies is one of the leading causes of pica, it can also be learned behavior, due to psychological stress, mental health disorders or even certain biochemical disorders.

It is not just a craving but the rather the consumption of these substances. Therefore pica is considered to be an eating disorder.People experiencing pica may consume indigestible materials, like paint chips, sand, chalk, dust, cigarettes ash, burned match sticks, soap or paper. Pica may not always be serious but can sometimes be caused by life-threatening conditions. Depending on the type of substance consumed and the quantity, there can be serious consequences of eating these sometimes toxic substances. 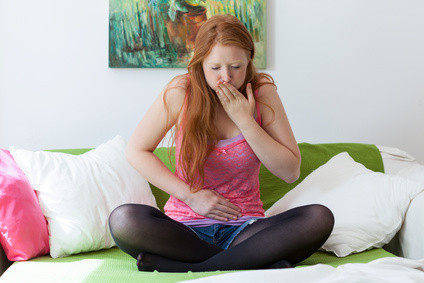 It is important to diagnose pica in children who are of the age to understand that these substances should not be consumed. Infants and toddlers for example may not understand that certain substances are not to be consumed and their behavior cannot be classified as pica. Therefore pica is not usually diagnosed in children under the age of 2 years.

Younger children who eat sand and other unusual substances may be exploring their surroundings with their different senses. This behavior may continue into later childhood. For example, older children may also consume their nose pickings (‘boogers’) and ear wax despite understanding that these secretions should not be consumed. This can be ongoing behavior but is not pica. 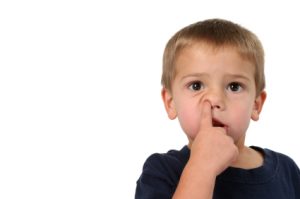 However, pica should not be ignored as a possible diagnosis in children. If this behaviour is constantly repeated and the non-nutritive substances are sought specifically to be consumed then it may be pica. It is also possible that there are no cravings to consume these substances but instead the consumption may be due to a childhood behavioural disorder.

The exact cause of pica is not always clear. It may occur for periods in a person’s life and then resolve without ever occurring again. However, pica should always be investigated if it is persistent, worsening or there is a risk of consuming toxic substances. Immediate medical intervention is necessary when there are symptoms of toxicity.

Some of the possible causes of pica includes:

Since the exact cause and mechanism of pica is not fully understood, there may be many other possible causes and risk factors that have not been listed above.

Cravings are not uncommon in nutritional deficiencies. This may be the body’s mechanism to acquire essential nutrients that are lacking. It may also be a factor in pica. However, this is less likely as the craving and consumption is for non-nutritive substances. Therefore pica should not be confused with cravings for certain foods in the backdrop of nutritional deficiencies.

Although there is a diversity of non-edible and indigestible substances that a person may consume, the following substances tend to be common among people with pica.

It is not uncommon among people experiencing pica to consume feces. It is often associated with severe mental disorders.

Apart from the abnormal cravings and consumption of non-edible and indigestible substances, there may also be other associated signs and symptoms. This may be linked to the underlying cause of pica. These symptoms may also be due to the type of substances that are consumed which can lead to gastrointestinal inflammation, infections and even poisoning.

Some of these other signs and symptoms that may occur with pica includes:

The symptoms of some of the following complications may be present:

There is no specific treatment for pica. It often resolves on its own in children. However, treatment of underlying disorders should be undertaken. Similarly treatment of any symptoms that may arise with pica is also important. Psychotherapy is advisable and antipsychotics may be helpful for certain mental health disorders where pica is likely to occur.

Older children, adolescents and adults experiencing pica may attempt to hide their behavior from close contacts. The condition may remain undiagnosed until a person admits to craving and consuming indigestible substances. Therefore pica should be considered when other causes of the associated symptoms have been excluded.

Apart from behavioral modification, nutritional supplements should be considered as a possible aid in treating pica. Small doses in the form of multivitamins or larger doses of single vitamins and minerals may be useful. It may not stop the pica but can exclude nutritional deficiencies as a possible factor even if there is no overt indication of a deficiency following blood tests.