Substance abuse can refer to a number of different substances that alters mental and physical abilities, induces euphoria and there is some degree of addiction to the substance. Addiction means that a person will actively seek out the substance often at the cost of other aspects of their life, experience withdrawal symptoms without using it and constant use has negative social/financial/personal impact on the user’s life. It is not only about illicit drugs (street drugs) like marijuana, cocaine, crack, ecstasy (MDMA) and heroin. It can also involve legal substances like alcohol, prescription medication and even tobacco although the latter may not have the same degree of psychosocial effects as abuse of the other substances.

How do you know if a person is high?

It is not always obvious to say when a person is misusing drugs, addicted to these substances or even intoxicated. Most of us think that we can spot a person who is drunk or high but this is not always the case. You may not even know when your spouse or children are misusing drugs. Often people are ignorant or sometimes in denial about their loved ones abusing substances. Identifying drug misuse as early as possible and intervening can spare your loved one a lifetime of suffering and even save them from an early death.

The behavior of a person who is misuing drugs can vary greatly. Sometimes change in behavior that we think is typical of substance abuse can be due to social or psychological problems such as depression, bullying and physical/verbal/sexual abuse. It is not uncommon to see a sudden and sustained change in behavior during stressful periods in life like after death, divorce or job loss. Therefore looking out for the physical signs of drug misuse and intoxication and correlating it with a change in behavior can be a better indication of when a person is misuing drugs or is an addict.

Spotting intoxication is a bit more obvious with alcohol as most of are accustomed to the overuse of this substance. The characteristic odor, slurred speech, lack of inhibition and poor coordination can be relatively easy to identify. But it may not be as obvious with certain street drugs largely due to the fact that parents and spouses may be unaccustomed to the physical signs of intoxication with these substances. These substances can also vary according to the substance. For example marijuana depresses the central nervous system whereas cocaine stimulates it.

Here are some of the physical signs that a person may be misuing drugs. Always seek professional help if in doubt about a person’s addiction. You may also want to read more on these specific drugs:

Abnormal Look of the Eyes 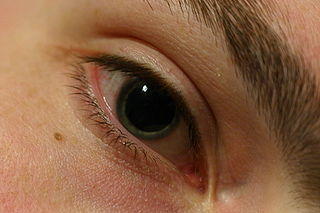 One of the many physical signs of intoxication that is difficult to to mask is the appearance of the eyes. Many people will commonly describe it as a strange ‘glassy’ look to the eyes. It is largely due to the pupils being abnormally dilated coupled with alterations in tearing. Redness of the eyes is also common but with OTC eye drops, this can be masked. Another reason for the strange appearance of the eyes is that a drug user tends to either fixate their gaze in an abnormal manner or the eyes are constantly moving and shifting the gaze. Sometimes there may be a rapid movement of the eyes which is involuntary. This is known as nystagmus. Dark circles and puffiness (‘bags’) under the eyes are also common.

Alterations in speech may not be as obvious as slurred speech with intoxication and drug misuse. The volume, pitch and tone of the voice may be altered in a manner that is not characteristic of a person. The speech may be too rapid or too slow and alternate in speed in a manner that is not considered normal. Some drug users may also experience a difficulty pronouncing certain words or pronounce words differently when intoxicated. Similarly the enunciation may vary with specific emphasis on certain words that is not in keeping with natural speech patterns. Vocalization can also be altered due to changes in breathing patterns. 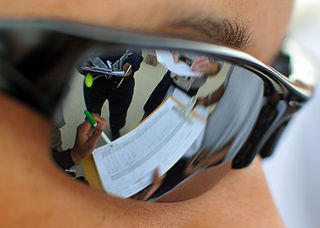 An intolerance to most stimuli is another common feature. Loud sounds, firm touch and strong odors or tastes may be intolerable to a person who is intoxicated. But the most prominent sign is an insensitivity to light, not just bright lights but light sources that are otherwise tolerable. It may persist even after the intoxication wears off – particularly during the ‘downer’ phase. Sunlight is one of the major irritants. A person who is misuing drugs will prefer to be in a dark room, not go out during the day or use sunglasses even when indoors. The insensitivity to light is partly due to excessively dilated pupils. Another reason for abnormal use of sunglasses is to hide bags under the eyes and redness of the eyes.

Many of the signs and symptoms associated with drug use arises as a result of nerve-related disturbances. This is apparent as tremors or twitching. Tremors are commonly referred to as the ‘shakes’. It is not only a sign of withdrawal from the substance, tremors may also occur when a person is intoxicated. Twitching is another muscle-related symptom. It is often minor and remains unnoticed but is more obvious when it occurs in the eyelid or lips. Here the muscles contract and relax rapidly and it is an involuntary action. It is important to note that tremors and twitching can also arise with various neuromuscular diseases, sometimes stress, excessive caffeine and nutritional deficiencies.

There are a host of signs of mental disturbances with drug use. Some may be obvious and others less so. Confusion is probably the most outstanding sign but is not always present. It is more likely to be seen with certain drugs and overuse/overdose of substances. A person may be unaware of where they are and what they are doing at the place. Along with impaired memory they may even be unsure of their name, cannot identify familiar faces or unable to recall where they live. Less obvious at times is impaired judgement. A person may be unable to make rational decisions, solve simple problems, behave in a socially appropriate manner and there may be extremes of temperament like aggression.

Unusual emotional states is not uncommon with drug misuse and intoxication. A person’s emotional state may even seem extreme and does not correlate with the situation at hand. It can switch from one extreme to another almost immediately and for no reason. Extremes of joy or happiness may be evident as excessive smiling and laughing, jovial behavior, being over playful, talking loudly and excessively in excitement. On the other hand, a person may be extremely sad which may vary from being depressed and withdrawn, weepy and sometimes inconsolable to expressing dark thoughts and wanting to hurt themselves or others. Anger and aggression may also be seen in these manic episodes. 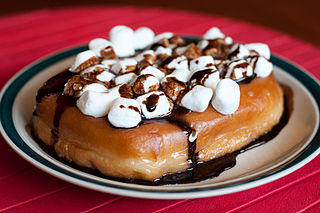 Appetite changes are very common with drug misuse. It can range from an almost total lack of appetite to excessive eating. Different drugs may affect the appetite in different ways, like marijuana typically causes an increase in appetite (the ‘munchies’).  It may not just be the chemical effect of these drugs that impairs appetite – sometimes the preoccupation with sourcing, preparing and using the drug may distract the user from eating. Appetite changes are most noticeable to those living with a drug user. To others it may be evident as changes in appetite with sudden and significant changes in body weight – usually extreme loss of weight but sometimes excessive weight gain.