Eyesight is one of the many senses that is taken for granted until we start to lose it either partially or completely. It is a complex sense and as such many disturbances in vision can arise through different ways. One aspect of vision that we do not often focus on is the brightness, contrast or intensity of the images that we perceive. It is not always as easily described as visual acuity where an image is either sharp and in focus or blurred. With dimming vision, the image may still be clear and sharp but lacks the brightness that would be expected for the setting.

The brightness of images that are perceived by the human eye depends on both extrinsic and intrinsic factors. Firstly, the environmental lighting is a key extrinsic factor. Naturally objects will not appear as bright if the environmental lighting is poor. Furthermore an object with its own internal lighting like a computer or TV screen is capable of projecting brighter images with greater contrast. Secondly the intensity of the color is as important since a brighter hue will understandably appear brighter than the same color of a dimmer hue.

Light enters the eyeball through the cornea. It then passes through the anterior chamber which is filled with clear fluid, then through the lens and then the clear gel that fills the posterior chamber. The light eventually strikes the light-sensitive inner lining of the eye known as the retina. The sharpest image is perceived when the light strikes the macula, a pigmented area on the retina at the back of the eye. Highest acuity is in the center of the macula in an area known as the fovea.

The light stimulates specialized receptors in the retina that then generate nerve impulses. These receptors, known as rods and cones, differ to some extent. It is the cones that are responsible for perceiving color. The nerve impulses from the rods and cones then travel through the optic nerve to reach the brain. The signals are then deciphered by the visual cortex which allows humans to perceive light as the sense of vision.

There are various possible causes of dimming or dulling of the vision. Some people mistaken blurred vision or double vision for dullness but these are usually separate conditions where the perception of light intensity is not affected. The following conditions are some of the more likely conditions where there is actual dimming of the vision, either due to the impedance of the light entering the eye or the perception of the light intensity by the nervous system.

A cataract is a condition where the lens in the eyeball becomes cloudy. It is a common eye condition that mainly affects older people, usually after the age of 60 years. Most of the time these changes in the opacity of the lens is due to aging. It can also arise with injuries to the eye and various diseases like diabetes or even with the long term use of medication such as corticosteroids.

The clouding of the lens impedes the passage of light as it travels to the retina. In the early stages this can be corrected to some degree with brighter lighting and glasses. However, the clouding eventually reaches a point where surgery may be necessary in order to replaces the lens, usually with an artificial lens.

Dry macular degeneration is another possible cause for dim vision or dullness of colors. In this condition, the macula tissue deteriorates which therefore visual acuity is impeded. The exact cause of dry macular degeneration is unknown. It appears to be due to age-related changes in the eye tissue. The less common wet variety occurs when retinal vessels leak out blood and fluid.

There is a gradual decrease in the brightness and intensity of images in macular degeneration. Most people require brighter light to see images at the same intensity as they previously did. There is worsening blurriness making it difficult to read printed words and eventually difficulty in recognizing faces. It also presents with a haziness of the central vision which eventually can become a blind spot. 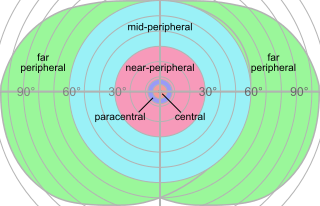 A stroke is where the blood supply to the brain is interrupted resulting in death of a portion of the brain tissue. It may be caused by a blockage of the vessel carrying blood to the brain (ischemic) or a break in the blood vessel (hemorrhagic). The main causes are atherosclerosis and hypertension but it can also occur with trauma to the head and malformations of the blood vessels.

The symptoms of a stroke vary depending on which part of the brain is affected by the interruption in blood supply. Usually symptoms are one-sided and include tingling, numbness and muscle weakness, confusion, impairment of balance and coordination. Eyesight may also be affected to varying degrees and it is possible that there is a dimness or dullness to vision as a results.

The underlying cause of the dimness of vision needs to first be identified. This requires various diagnostic investigations. Once the cause is diagnosed then the appropriate treatment can be commenced. Using brighter lighting and eyeglasses may assist temporarily but these measures will not resolve the underlying condition.

It is important to note that dimming of the vision is often gradual and may not always be reversible. It is better to seek medical treatment in the early stages. People who find that they can no longer read properly in bright lighting or need to increase the brightness and contrast of their television or computer screens need to seek medical treatment if the problem is ongoing and worsening.