A urinary tract infection, UTI, is a common problem especially among females. It can be effectively treated and complications are unlikely to occur if it is detected early and attended to promptly. While a UTI may be a once off episode, in many cases it tends to recur. The key is not only identifying the symptoms and seeking medical attention but also making dietary and lifestyle changes that can prevent repeated UTIs. However, UTIs are not always obvious. Many people develop urinary tract infections and not even know that they have it. Sometimes the infection can progress to a point where it causes dangerous complications and only then becomes evident.

Therefore it is best to undertake dietary and lifestyle changes to treat and prevent UTIs if you have recurrent UTIs, despite the lack of symptoms. Some of these measures are simple and can be easily integrated into everyday life on a permanent basis. Most UTIs are caused by bacteria and while you cannot completely remove the risk of these bacteria entering the urinary tract, you can ensure that it does not cause an infection, even without antibiotics. However, once a UTI sets in it is important to use the antibiotics as prescribed by a doctor. Specific antibiotics are necessary for UTIs and must be used exactly as directed, or the infection may not resolve and could become more difficult to treat in the future.

Wiping In The Right Direction 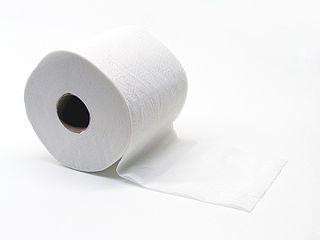 Most urinary tract infections are bacterial in nature and caused by Escherichia coli (E.coli), a bacteria that commonly residesin the rectum. While E.coli may not cause any bowel problems, it can cause a host of diseases when it makes contact with other parts of your body like your genitals and urinary tract. This is more of a problem in females who have a shorter urethra and anatomical differences increase the likelihood of E.coli causing a UTI in comparison to males.

Although good personal hygiene is very important for preventing rectal E.coli from causing a UTI, another equally important measure is wiping in the right direction after urinating or passing stool. By wiping front to back, you can minimize the chance of E.coli in the feces or even on the skin from passing to the genitalia and being pushed deeper in where it may consequently lead to a urinary tract infection. It is not only about wiping in the right direction after a bowel movement. It also to applies when wiping after urinating.

The microbes that infect your urinary tract need the optimal environment to thrive. This is partly created by the urine as well as the anatomical structure of the urinary tract. Not every microbe that enters the urinary tract will lead to a UTI. But a simple measure like increasing your daily intake of water can help to remove these microbes and ensure that the environment is not optimal for an infection to arise. There is no need to add any special ingredients to the water. Just plan water in sufficient quantities will do.

Most of us do not drink enough water in a day. As an adult you should be consuming at least 2 liters of water daily. That is about eight 8 ounce glasses of water. It is important to spread your water intake throughout the day. Although it causes you to pass urine more often, which can be inconvenient, increased water intake also flushes out the bacteria that enter your urinary tract. It also dilutes your urine which further reduces the risk of a UTI. 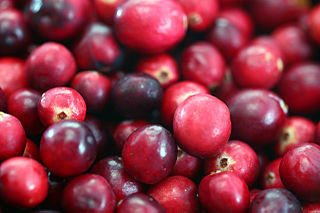 The complementary health fraternity has been saying it for a long time but now studies have shown that cranberry juice may indeed have some benefits when it comes to a urinary tract infection. People who seem to benefit from it the most are women who have repeated urinary tract infections but the benefits do not seem as certain when it comes to children and the elderly. While cranberry juice, especially in excess, can cause some degree of gastrointestinal disturbance, moderate use is relatively safe and should be tried by any person with recurrent UTIs.

The exact way in which cranberry juice works is unclear. It is believed that it may prevent microbes from attaching to the lining of the urinary tract thereby allowing it to be more easily flushed out during urination. There are also hypotheses that some ingredients in cranberry juice may alter the pH of urine and environment within the urinary tract that reduces the risk of an infection. Whatever the case, cranberry juice is a worthwhile option to consider. But always speak to a doctor as there are some drugs that should not be used with a large intake of cranberry juice.

Urinary tract infections tend to be more common in sexually active people although there are a host of other risk factors that contribute to it. Personal hygiene of both people involved in the act is a major issue here but so are certain practices that are considered risky. Ideally try to avoid sexual contact while you have a UTI as it can aggravate symptoms. You should speak to your doctor about those practices that can increase your risk of developing a UTI and ways to prevent.

One of the simple ways is to urinate immediately after intercourse. Other measures includes using barrier protection like condoms and practicing good hygiene like having a bath before the act. However, these measures may not always be an option or desirable in every instance. While urinating immediately after intercourse can play a significant role in reducing the chance of a UTI, it does not guarantee that a UTI will not occur. Intercourse is one mode of transmission for spreading the microbes but there is no need to avoid the act altogether. 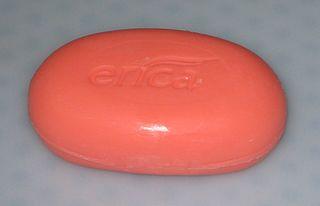 Certain substances, especially beverages, can pose a problem when you have a bladder infection. Some of these beverages worsen the symptoms of a UTI while others may contribute to an infection. It is largely due to consuming beverages like coffee and other caffeinated drinks, citrus juices, sodas and alcohol. However, if you note other foods and drinks that may be a problem for you specifically then you should avoid it. Symptoms that may worsen includes frequent urination, burning urination or urging even after urinating.

It is not only foods and drinks that can aggravate the symptoms. Some patients may find a range of everyday household products a problem when it comes into contact with the genitalia. This is primarily products like certain soaps and shower gels, and for postpubertal girls and women certain feminine products (sanitary pads and tampons) may also pose a problem. It is best to avoid these products and opt for hypo-allergenic options where possible as these tend to be less of an irritant. Sometimes just a different brand of the same product may do the trick.

There are a number of different antibiotics on the market but it is important to see a doctor and get a correct prescription. Using old antibiotics, sharing antibiotics with others or opting for just any antibiotic if you can access it without a prescription is not a good idea. The specific type of antibiotic and the dose that you are using when self-medicating may not be sufficient to resolve the infection and can even complicate matters further. Rather see a doctor for specific urinary tract infection antibiotics that are effective in the right dose.

Also speak to your doctor about any lifestyle changes that may alter the effectiveness of these antibiotics. Taking baking soda and the amount of water you drink daily while on antibiotics can make a difference. Furthermore some of these antibiotics may have a drug interaction with other medication that you are using for a UTI or other medical conditions. Your doctor needs to know your entire medical and drug history when assessing your case and prescribing medication for your UTI.