It is not uncommon to experience a midday dip but for some people it can be severe. In these cases there may be tiredness to the point that a person feels the need to sleep in order to recover. While it would be considered normal or acceptable if a person has not had a proper night’s sleep or with abnormally strenuous physical activity, a severe midday slump that occurs daily may be a sign of various diseases.

Why do midday slumps occur?

Midday slumps are often due to a combination of low blood glucose levels as well as strain from morning activity. The slump, which is tiredness, is also a way of our body signaling that it needs rest or nourishment, or both. With sufficient rest and nourishment, a person should be able to overcome the slump quite easily. When it takes long to recover then it can be due to some abnormality or disease.

In the ideal setting we would have 8 hours of restful sleep and wake up in the morning feeling refreshed. After eating a suitable breakfast we then commence with our daily activities. On a typical day these activities would be tasks that our body is accustomed to manage. Depending on individual settings, we may have a mid-morning snack and continue with our morning activities. Lunch with a break would occur around midday. 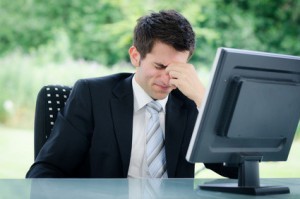 Even in the absence of any disease, there are many possible ways which could contribute to a midday slump. This includes:

Some of the more common causes of midday slumps has been discussed in detail. However, there are a host of other causes that could also account for tiredness and fatigue.

One of the common and often misunderstood contributors to midday dips is stimulants and sugar. Often both are used together in colas and coffee.

Caffeine is considered as a normal part of the modern diet. It causes short term spikes in the energy levels followed by a ‘downer’. However, these ups and downs can only be sustained for so long after which there are severe slumps. Nicotine has a similar effect.

Sugar acts very much like a stimulant. As a fast burning carbohydrate, it causes spikes in the blood glucose levels which are then followed by dips. Repeated sugar ‘highs’ eventually results in slumps and additional sugar may offer little relief.

Another important cause of midday slumps is diabetes. About 8% of the American population has diabetes and as much as 20% has prediabetes. However, many cases are still undiagnosed. One of the typical symptoms of diabetes is fatigue and skipping meals or eating high GI foods can also cause a spike and then dip but to a much larger degree than a person without diabetes or prediabetes.

Hypothyroidism is a condition where the thyroid hormone levels are low usually due to dysfunction of the thyroid gland. It affects almost 4% of the American population with women being at greater risk of developing this condition. Hypothyroidism is characterized by fatigue and moderate weight gain among a host of other symptoms. While the fatigue is ongoing, the typical midday slump may be exaggerated.

Anemia includes a number of different conditions where the hemoglobin levels are lower than normal limits. It is estimated to affect about 8% of women and 4% of men in the United States. Iron-deficiency anemia is the most common and is associated with loss of blood and inadequate iron intake or assimilation. Constant tiredness is a characteristic feature and even mild exertion can lead to fatigue in severe anemia.

A number of sleep disorders can result in morning fatigue or tiredness after a few waking hours. Most are broadly referred to as insomnia and usually a person is aware of their difficulty sleeping for the desired time. Sleep apnea is where breathing ceases while asleep. A person is then awakened for breathing to restore. Most people with sleep apnea are not aware of their condition and can still sleep long hours but acquire the full benefit of resting.

Any condition where the heart is weakened may result in fatigue, as the heart cannot pump sufficient oxygen throughout the body. Mild cardiac conditions may not present with constant tiredness but slumps may be experienced after a short period of activity. This could account for midday slumps. Constant tiredness may be exacerbated by midday after physical activity throughout the morning.

Read more about a weak heart.

A host of other conditions can also account for midday fatigue. This may include a host of hormonal, neurological, metabolic and psychological conditions. Some people are naturally prone to midday slumps, like people who are obese, drink alcohol excessively or those who are under constant physical and psychological stress. Medication may also be a contributing factor as fatigue is a side effect of several drugs.

Medical conditions need proper medical treatment by a professional. However, a host of dietary and lifestyle remedies may be helpful to prevent or minimize the severity of midday slumps.