Ogilvie syndrome (not Oglivie) is a condition where there is a sudden blockage of the colon despite there being no mechanical reason for the obstruction. This means that there is no mass or narrowing causing the obstruction. In fact, the colon is actually widened (dilatation) abnormally. Ogilvie syndrome is also known as acute colonic pseudo-obstruction. It is appears to arise as a consequence of dysfunction of the nerves controlling motility. It should not be confused with a similar condition which is known as Hirschsprung disease where these nerves are absent from birth. In Ogilvie syndrome some of the nerves are dysfunctional but the normal number of nerves are present.

Ogilvie syndrome is a very rare disorder. In fact it is so uncommon that the exact incidence has not as yet been established. Ogilvie syndrome is mainly seen in the elderly but can occur in younger patients in some cases. It seems to be slightly more common among males. The mortality rate can be as high as 50% among patients with severe cases where complications have arisen such as perforated colon. 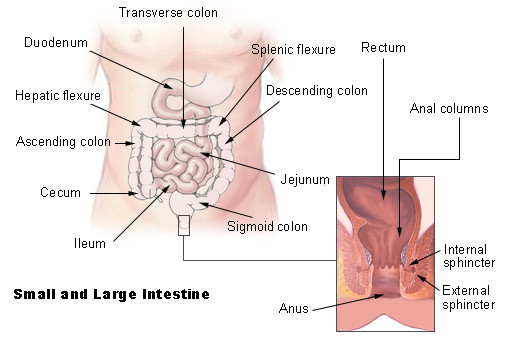 The exact mechanism by which Ogilvie syndrome arises is not clearly understood. The current hypothesis is based on dysfunctional bowel motility as a result of improper nerve regulation. The gut is made up of several hollow organs like the stomach and intestines that have muscular walls. The muscles in the gut walls contract and relax in a coordinated manner to propel food, water and wastes along its course. When food enters a segment of the bowel for example, its walls distend (stretch). This stimulates the segment of the bowel preceding the food’s location to contract while the next segment ahead of the food relaxes. In this way the bowel walls actually push the bowel contents towards the rectum. The muscle coordination is due to the activity of the autonomic nervous system.

The most common symptoms include abdominal distention, pain, tenderness and nausea with vomiting. An abnormally widened colon known as a megacolon may be seen in Ogilvie syndrome.  The cecum is usually the most distended portion of the intestine.

The main complication of Ogilvie syndrome is a perforated bowel. It occurs as a consequence of a megacolon when decompression of the bowel in not initiated in time. Spilling of the intestinal contents into the peritoneal cavity leads to peritonitis. It is considered as a medical emergency and can be fatal if left untreated.

Ogilvie syndrome is an acquired disorder unlike Hirschsprung disease which is congenital. It is associated with major illnesses such as severe trauma, systemic infection or a heart attack (myocardial infarction). Ogilvie syndrome more commonly arises after major syndrome.

All major surgery can be considered to be a risk factor in Ogilvie syndrome. It is possibly associated with general anesthesia but other contributing factors during and after surgery that may contribute to Ogilvie syndrome is not always clear.

Ogilvie syndrome may also be seen with severe pulmonary and cardiovascular disease. Patients with heart failure and following a myocardial infarction are particularly at risk. It is also more likely to occur following a coronary artery bypass.

A systemic infection is more likely to lead to Ogilvie syndrome. Patients with bacteremia and sepsis (“blood poisoning”) are at a major risk of developing this condition.

Patients with a malignancy (cancer) are also at risk of developing Ogilvie syndrome, particularly if the tumor invades the nerves supplying the large bowel.

Ogilvie syndrome is difficult to diagnose based on the symptoms alone. Given that it is such a rare disorder, various other medical conditions need to first be excluded. It is imperative that a mechanical obstruction be excluded as it can affect the approach to treatment. Imaging studies like an X-ray and CT scan using contrast such as barium and a colonoscopy are the most useful tools to diagnose Ogilvie syndrome. Various blood tests may also be useful in diagnosing an underlying cause that is a major contributing factor to the development of Oligivie syndrome.  These blood tests, however, cannot diagnose Ogilvie syndrome itself. 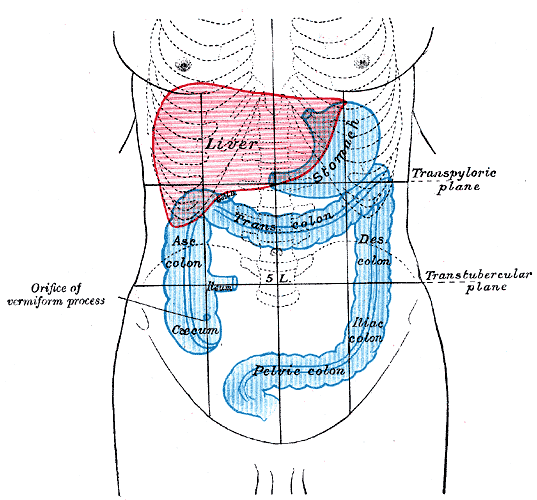 Ogilvie syndrome is usually temporary and treatment should be directed at the underlying cause when identified. Conservative measures may be sufficient until normal bowel motility is restored. This includes walking around and avoiding taking any food orally until the condition resolves. Decompression should be undertaken immediately if there is evidence of a megacolon. It can be carried out during a colonoscopy but it may not always be possible to conduct this investigation. Enemas should never be done in the home environment although it can be useful.

Medication may be helpful in only certain instances. Surgery is rarely needed but may be considered if the condition is severe, persistent and there is major risk of colonic perforation.