What is Pick disease?

Pick disease is a rare neurodegenerative disease that causes dementia or memory loss in patients. In a neurodegenerative disease, nerve cells (neurons) in the brain die and this results in irreversible damage. Pick disease results in aphasia (impaired ability to speak) and behavioral changes. This disorder affects emotional, social, and self-control skills of the patients. Unlike another similar brain condition known as Alzheimer’s disease, which affects individuals mostly after 50 years of age, Pick disease occurs in adults in their 40s. It affects men more often than women.

Pick disease (abbreviated as PiD) affects specific brain areas known as the frontal and temporal lobes. A problem in these brain regions results in frontotemporal dementia (FTD) because both these regions are important for the maintenance of different types of memory, including long term memory and verbal memory. 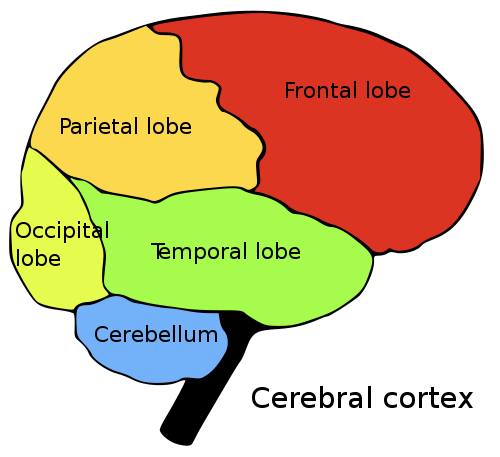 How common is Pick disease?

Pick disease is a rare disorder. In United States, Pick disease accounts for 5% of all the cases of frontotemporal dementias. Pick disease may run in some families in Scandinavian nations, where it might affect more than 40 persons in every 100,000.

In Pick disease, the neurons of the cortex or the outer layer of brain die due to accumulation of an abnormal protein called tau. Deposition of Tau protein in the neurons damages these cells irreversibly. Loss of neurons leads to shrinkage of the frontotemporal areas of the brain.Tau proteins are found in normal neurons as well. These proteins stabilize other proteins that form the cellular skeleton. However, a defect in Tau proteins leads to dementia.

In Pick disease, the defective Tau proteins aggregate to form spherical bodies called pick bodies. When the affected neurons (also called pick cells) are stained with specific dyes, these pick bodies look like large, dark balloons. In the brains of patients with Pick disease, some of the non-neuronal cells known as astrocytes grow abnormally to form a dense fibrous network. This leads to a scar or gliosis, which is one of the characteristic features of Pick disease.

Inappropriate behavior in social setting is one of the major symptoms of Pick disease, and is not significantly different from other neurodegenerative diseases. For friends and family of the patient, it is often among the more disturbing of symptoms. These issues with behavior worsens over time as the condition progresses.

Patients with Pick disease may show any of the following symptoms:

Pick disease progresses rapidly in comparison to other neurodegenerative disorders. However, it can be difficult to recognize the onset of the behavioral symptoms. The disease causes irreversible damage to neurons and severely affects the quality of life. Patients with Pick disease become totally disabled even in the early stages of the disease.

Pick’s disease causes death within 2 to 10 years. Death may result from infection or from general failure of the body systems.

Some patients with Pick disease may exhibit pooling of blood on the surface of the brain (subdural hematoma) when CSF samples are taken from them for laboratory tests. This can cause headaches and change in mental status of the patients.

Other complications may include:

The cause of Pick disease is not fully understood. Since the disease seems to run in some families, a mutated gene might be responsible for this phenomenon. There are no clearly identifiable risk factors that can be attributed to Pick disease beyond the familial tendency.

The following tests can be used for diagnosing Pick disease:

There is no cure for Pick disease. Treatment aims to protect the patient’s neurological functions and treat the symptoms.

Pick disease leads to disability of social and behavioral skills. The duration of progression of the disease may vary in different patients – the condition may worsen rapidly in some patients, whereas others may get affected over very long periods.

Interestingly, some patients develop artistic or other talents during the progression of dementia in Pick disease. It might be the result of disinhibition of creative brain areas. Some patients may acquire new knowledge or skills. These skills may improve their competence in performing social and daily activities.