Most of us classify different types of coughing by simple terms. One such term is a ‘wet cough’. This means that mucus is either coughed up or can be heard in the airway and lungs when coughing. A wet cough is a common occurrence in life, often following a cold or the flu, but usually clears up within a few days or one to two weeks at most. Nevertheless, it is important to understand the diseases that may be linked to a wet cough as some of these conditions can be very serious.

What is a productive cough?

There are two terms commonly used with a wet cough – sputum and phlegm. These terms are essentially the same referring to mucus in the airways. Phlegm is the broader term that is used to refer to respiratory mucus in the airways or coughed up into mouth. Sputum specifically refers to the mucus that is coughed up into the mouth and can be passed out of the mouth by spitting.

A productive cough means that there is mucus in the respiratory passages. This can be in the upper passages like the nose and throat or the lower passages like the trachea (windpipe), bronchi, bronchioles or lungs. Sometimes blood or fluid may be in the lungs and can be expelled with the mucus. Most of time this mucus production is a result of inflammation of the respiratory passages and often due to an infection. 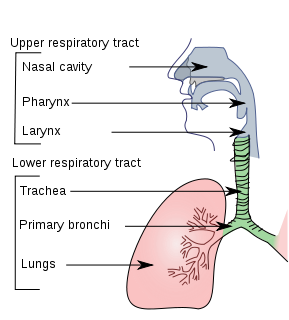 Picture of the respiratory passages from Wikimedia Commons.

Mucus in the Airways and Lungs

The respiratory passages are lined with a mucus-producing lining known as the respiratory mucosa or epithelium. Mucus is produced constantly to keep the linings moist since the moving air can quickly dry it out. Furthermore this mucus acts as a ‘sticky’ medium to trap dust and germs that may be entering with the air.

Tiny hair-like projections known as cilia push these small amounts of mucus towards the throat. Here it is swallowed and travels down the esophagus (gullet) and passes down into the stomach. We never know that this process is occurring because of the very small amounts of mucus involved. Occasionally we may sneeze out some of the mucus or cough it out with saliva.

Excessive Mucus in the Respiratory Tracts

Excessive mucus in the respiratory tracts are mainly a consequence of inflammation of the respiratory  lining. Sometimes this occurs with minor irritation like inhalation of dust or smoke. It quickly settles once the offending agent is removed. At other times it tends to occur with allergies and infections. Here it can last for much longer and sometimes becomes a persistent problem in life.

As with the small amounts of mucus produced normally, this excessive mucus can pass out through the nose, mouth or be swallowed. However, it often lingers in the passages where it causes significant discomfort, affects the movement of air in and out of the lungs and irritates the lining thereby causing coughing.

The cough reflex is as initiated when there is any irritation in the respiratory tract. Tiny pulmonary irritant receptors, commonly known as cough receptors, react to any irritant – either mechanical or chemical. It is found in the lower respiratory tract. Similar receptors in the nose initiates sneezing. When the cough receptors are triggered, impulses are sent to the medulla of the brain and initiates the process of coughing.

With certain conditions where there is ongoing inflammation of the respiratory tract, these receptors are constantly triggered. Therefore a cough occurs throughout the day and may last for weeks. Excessive mucus is therefore expelled by the constant act of coughing. The coughed up mucus in the mouth can then be spat out or swallowed.

The most common causes of a productive cough are infections, particularly viral infections that last for just a short period of time. However, allergies, cancer and other diseases that causes excessive mucus in the respiratory tract may also be responsible.

Some of the causes below may cause mucus, blood and/or fluid accumulation.

Productive cough is a symptom of some underlying disease. It may be accompanied by other symptoms such as :

There may be various other symptoms such as fever, malaise (generalized feeling of being unwell), sore throat, headache, changes in appetite and weight loss which are also present. These symptoms are part of the underlying disease and can vary depending on the cause.

A productive cough needs to be assessed in conjunction with all other signs and symptom as well a patient’s medical history to reach a differential diagnosis. Specific tests for the suspected caused may then be conducted to confirm or exclude the disease. Sputum collection and analysis is one of the diagnostic tools that may be used.The following features of sputum and tests conducted on the sputum sample may be helpful in isolating the cause : 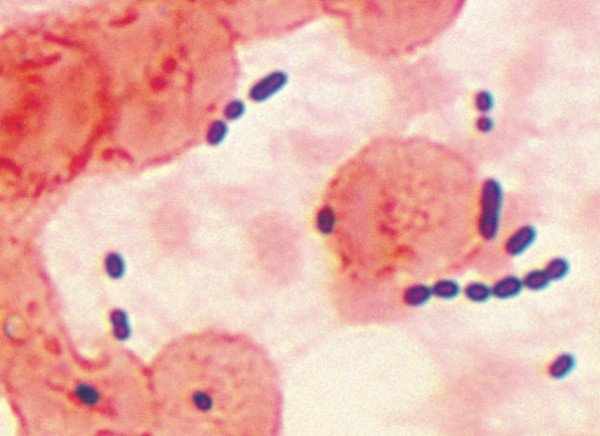 Productive cough is not a symptom of a specific disease. Therefore there is no specific treatment just for the cough. Instead the underlying cause needs to be identified and treated. The cough should subside with time. Some of the common drugs used in the treatment of a productive cough includes :