The sacrum is a single wedge-shaped bone formed by the fusion of five sacral vertebrae. In childhood, the sacral vertebrae are separated by intervertebral discs in much the same manner as the upper parts of the spinal column. However, around the age of 20 these vertebrae start to fuse by ossification of the discs. This is a gradual process and it is not uncommon for ossification to only be completed up to or even beyond 40 years. The sacrum is wider in proportion to the length in females although the first sacral vertebra (S1) is larger in males. 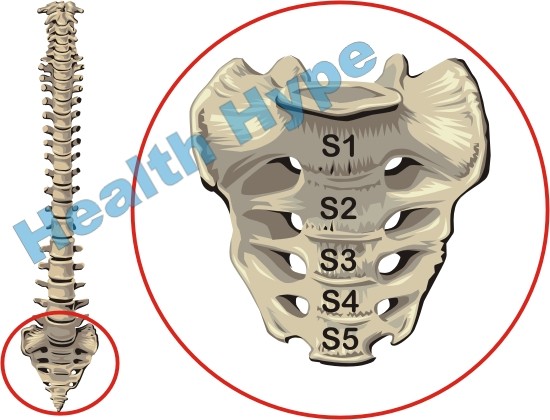 The vertebral column which houses the spinal cord continues in the sacrum. The sacral canal contains a bundle of spinal nerve roots known as the cauda equina (Latin for ‘horse tail’). These nerves exit the sacrum through the four pairs of sacral foramina on the anterior (pelvic) and posterior (dorsal) surfaces. 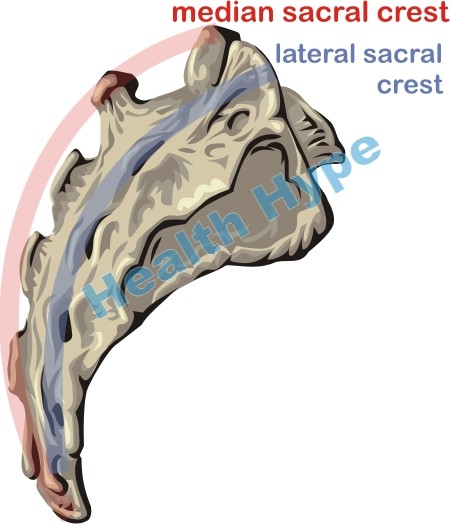 The sacrum is lodged between the hip bones where it provides strength ad stability to the pelvis for the attachment and movement of the limbs and also to transmit the body weight of the upper half of the body to the pelvic girdle. The upper half of the sacrum is wider and larger because of its weight-bearing functions. The lower half does not play a role in these activities when standing and is therefore not as bulky. 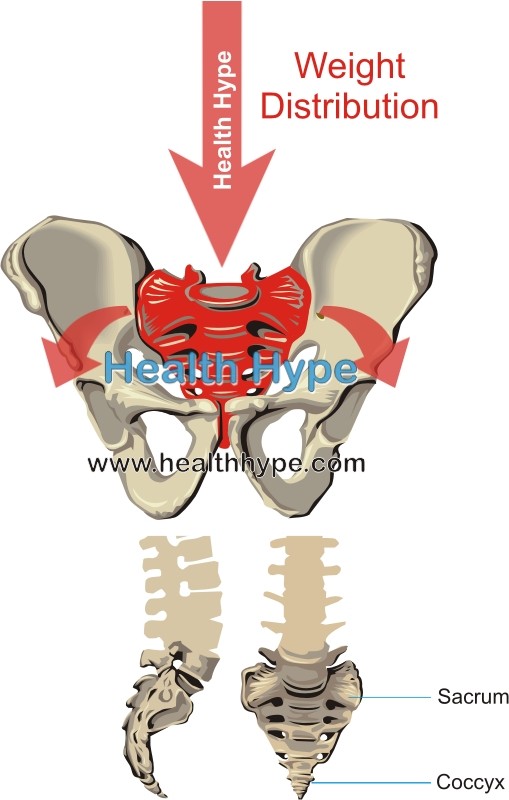 The sacrum has four important sites where it articulates with surrounding bones.

The human tailbone is a remnant of the of the embryonic tail-like protrusion of the skeleton (caudal eminence). It is normally present in the embryo towards the end of he 4th week till around the 8th week. The coccyx is formed by the fusion of four coccygeal vertebrae which forms a small triangular bone at the base of the spinal column. These vertebrae are fairly underdeveloped when compared to those of the cervical, thoracic and lumbar regions of the vertebral column. The first coccygeal vertebra (Co1) usually fuses with the sacrum with age while the lat 3 coccygeal vertebrae fuse together to form the coccyx as a single bone.

Unlike the other vertebrae, the coccyx does not play a role in supporting the body weight when standing. Its anterior flexion when sitting however, indicates that it may bear some weight during sitting. It is nevertheless an important part of the spinal column as it serves as a site of attachment for various muscles and ligaments.