A gurgling sound in the abdomen is not uncommon. It is a sign of activity within the stomach and bowels that occurs throughout the day. But a gurgling abdominal sounds can also be a sign of various bowel diseases and it is therefore difficult to say what can be considered normal or abnormal. Similarly, a lack of bowel sounds can also be a cause for concern as it may be an indication of various gastrointestinal and abdominal conditions that need to be investigated.

There are several reasons for the normal gurgling sounds in the stomach and bowels. The contents within the gastrointestinal tract are pushed through by the strong muscular contractions of the gut wall. Gurgling is largely due to the fluid content within the bowels. Even if you eat solid foods, the juices within the stomach and bowels, and the copious amounts of water secreted into the intestine to facilitate digestion results in large quantities of fluid within the gut.

The churning and pushing of the fluid mush known as chyme naturally causes sounds. It is further added to by the bubbling in the bowels with gas production. Furthermore indigestible or hard substances that remain solid can also contribute to the intestinal sounds. Collectively these sounds are described as rumbling, growling or gurgling. It is more obvious after eating and when hungry. The medical term for these sounds is borborygmi (borborygmus).

After Eating and Drinking

The movement of food and fluid through the gut is a coordinated forceful process. The strong muscle contractions are constantly churning food and pushing it through the gut. Although the normal sounds (borborygmi) are expected after eating a meal, there are times when certain foods and drinks can contribute to louder and excessive sounds yet there is no bowel disease or disorder. One of the major contributors in this regard is carbonated beverages. The increased gas within the bowels contributes further to the gurgling sounds than would be expected.

Similarly, eating too fast or swallowing air while eating and drinking may also increase gas within the bowels. Some foods are said to be “gassy” because it releases larger amounts of gas when digested in the gut. These gassy foods are known to increase belching and flatulence but the gas within the bowels also causes excessive gurgling and bubbling sounds. Some foods may not be as well tolerated by certain people and the presence of these foods within the bowels may alter normal bowel activity to the extent that more prominent bowel sounds are audible.

Overactivity within the Gut

There are various reasons why the gut may become overactive or hyperactive. Understandably the increased bowel activity will lead to louder gurgling sounds within the stomach and bowel. Commonly this is seen with gastroenteritis and food poisoning, two acute conditions where the bowel is irritated by microorganisms or its toxins. Various chemicals associated with poisoning, excess of alcohol or even some medication that irritate the gut wall can also stimulate hyperactivity of the bowels. 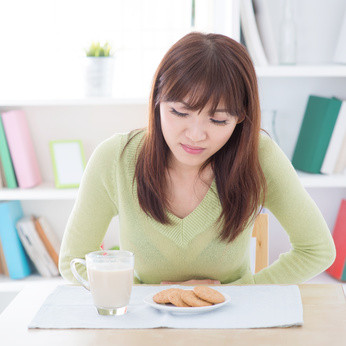 Sometimes overactivity is not due to any disease. Anxiety and psychological stress are known to alter bowel activity, where a person can hear and even feel the movements of the gut wall (“butterflies in the stomach”). Functional bowel disorders, like diarrhea-predominant irritable bowel syndrome, also presents with hyperactive bowel activity although it is not due to any disease process. As a result there may be excessive bowel sounds and louder than normal gurgling stomach noises.

Blockages within the Gut

The movement of food, fluid, chyme and wastes through the bowels should be unimpeded. However, when an obstruction occurs in the bowel, the site of the narrowing can cause unusual sounds to arise.  With a complete blockage the gut contents cannot move any further and the normal bowel sounds may be diminished or even absent. However, when strictures, foreign bodies and tumors only partially block the stomach or bowel the food, fluid and wastes must squeeze through the narrowed area thereby increasing the otherwise normal gurgling sounds.

Any excess of gas or fluid within the bowels will contribute to alterations in the normal stomach and bowel sounds. Air swallowing and carbonated beverages are the main reasons for excess gas build up within the bowels. However, sometimes certain bacteria may also be responsible for excess gas in the bowels. Bacterial overgrowth or bowel infections with certain bacteria results in large amounts of gas forming in the gut. Typically a person will report excessive belching or flatulence as a result.

Excess of fluid in the gut is not usually due to drinking large amounts of beverages. Actually most of the fluid in the bowel that is needed for digestion and absorption is secreted into the bowels from its walls. Normally it is reabsorbed back into the body within the colon so that stool is firm yet soft. However, when the bowel releases larger than normal amounts of fluids into the gut and it is not reabsorbed as it should, gurgling bowel sounds are very evident. It may be seen with various causes of diarrhea.

Food and beverages that are consumed are first digested where it is broken down into smaller and simpler compounds. Then it can be absorbed into the body. Small amounts of residual nutrients that cannot be absorbed by the body and wastes are then evacuated.

Digestions starts in the mouth and continues all the way through most of the gut. An inability to digest certain foods is known as maldigestion and if the body cannot absorbed these nutrients it is known as malabsorption. Most of us know these problems as food intolerances. The undigested or unabsorbed nutrients can cause a host of problems.

Firstly, these undigested or unabsorbed substances may draw out water leading to excess fluid in the gut. Secondly, bacteria may begin to multiply rapidly in the bowel due to a larger food source. The bacteria can then irritate the bowels leading to hyperactivity and also contribute to gas build up in the bowels. These various effects of maldigestion and malabsorption associated with food intolerances typically leads to excessive gurgling sounds which are often louder than normal.