What is a bubbling in the bowels?

Bubbling sounds from the bowels are a result of gas and fluid movement within the intestines. The bowels are not silent as is often thought. There are sounds constantly emanating from most of the gastrointestinal tract particularly from the stomach all the way down to the end of the colon. These bowel noises are considered to be normal and are a sign of activity within the intestines. It is medically referred to as borborygmus or borborygmi (plural).

In most cases the bowel sounds are not audible for the majority of the time. Occasionally strong contractions or gas in the bowels may cause louder, audible sounds. This is just a momentary change in bowel activity and occurs as a once off episode. However, persistently loud sounds of any kind from the bowel may indicate a hyperactive bowel which means increased activity within the intestines.

There are many different descriptions for the sounds in the bowel :

Sounds in the bowel are due to three factors – fluid, gas and movement.

The following video provides a useful guide to normal and abnormal bowel sounds associated with different diseases. It is based on the medical training simulators used for educational purposes.

The material that enters the colon from the ileum (last part of the small intestine) is fluid. Its passage into the colon is carefully controlled by the ileocecal valve. This material passes up the ascending colon, across the transverse colon and down the descending colon where it is converted from a fluid into a solid known as feces. It is mainly due to the reabsorption of water from the bowels back into the bloodstream.

Usually in the latter parts of the colon, absorption of nutrients has ceased altogether and all that remains in the bowel is waste material that needs to be eventually expelled. It should be a solid but soft material – feces. Bubbling in the bowels is a normal occurrence but is short lived. When the bubbling is particularly loud and audible then it may be due to :

All these factors are a part of diarrhea as well. Therefore persistent or excessively loud bubbling with bowels can signal the onset of diarrhea or be present while a person has watery diarrhea of any cause. Bubbling sounds may also be emanating from the upper gut particularly the stomach as discussed under stomach noises.

Bubbling in the bowel is a symptom. It is non-specific meaning that it does not clearly indicate the exact cause. The presence of other symptoms needs to be taken into consideration to identify the most likely cause which can then be confirmed with further investigation. This includes : 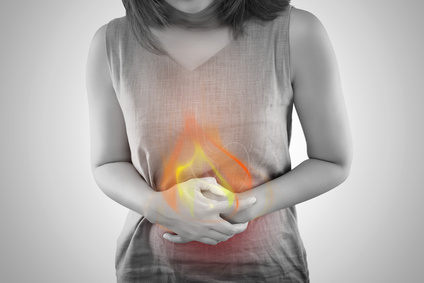 Causes of Bubbling in the Bowels