Swimming pools have become such a common luxury in modern life that we often do not consider it to be a health hazard. One of the major problems with swimming pools is that it is a large and exposed body of water which can easily become contaminated. The other issue is that swimming pools are shared by many people. While a properly maintained pool may not always pose as much of a health risk, there is no avoiding some of the hazards especially with frequent exposure to swimming pools.

Any illness contracted by exposure to a swimming pool is broadly categorized as a recreational water illness (RWI). Hot tubs and lakes are other sources of water that may cause RWIs. These diseases can vary in nature and location. It may include infections, irritation and allergies of the skin, airways, ears and gastrointestinal tract.

It is important to note that a swimming pool does not usually cause the illness. It is a medium through which an illness is transmitted, in which an irritant substance may be contained or the trigger for diseases which a person may be predisposed to. Some of these illnesses that may be caused, triggered or worsened by swimming pool exposure are listed below.

Due to direct contact with the water and microorganisms or parasites in the water.

Due to direct contact with the water (irritation) and microorganisms in the water.

Due to direct contact with the chlorinated water and microorganisms in the water.

Due to inhaling air around the chlorinated pool (especially indoor pools which cause poor air quality). chlorinated water entering the airways and microorganisms in the water.

The more common recreational water illnesses are not dangerous. Skin, ear and digestive problems are the most common of the recreational water illness. However, if it is not properly managed then it can lead to life-threatening complications. Skin infections with MRSA and severe dehydration from diarrhea are such instances of where a common RWI becomes dangerous and even deadly. These are some microorganisms that may be in pool water which can cause serious neurologic disease like primary amoebic meningoencephalitis but this is relatively uncommon.

Contact dermatitis is caused by exposure to irritants or allergens. Pool water contains chlorine and other chemicals like bromoform (saltwatr pools). These substances can irritate the skin, even in a person who does not have a history of allergies. Irritant contact dermatitis depends on the frequency of exposure to pool water, quality of the pool water, bathing after swimming and individual sensitivity. People with atopic dermatitis may also find that their condition worsens with exposure to swimming pool water. 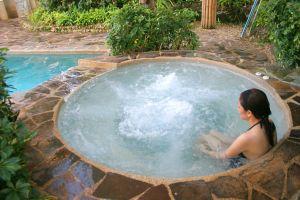 There are a range of skin infections that can be contracted from swimming pool water. It is more likely to affect a person with an open wound or diseased skin. Although chlorine is known to have antimicrobial effects, a pool that is not properly maintained may contain large populations of microorganisms (particularly bacteria, protozoa and parasitic worms). Contrary to popular belief, even well maintained pools do not have sterile (microbe-free) water. There are many microbes that can live in pool water or survive for sufficient periods of time to cause an infection.

The main ear problem that arises with frequent use of swimming pools is swimmer’s ear. It is the irritation and infection of the outer ear canal (otitis externa). The irritation arises from water exposure and the chlorine in pool water worsens it. Bacterial or fungal infections may then set in. It is the constant moistness that is the primary problem and can be prevented with ear plugs. Otitis media or a middle ear infection is less likely to occur unless the eardrum is perforated. 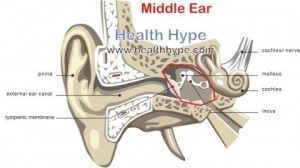 Gastrointestinal diseases, and specifically diarrheal illnesses, are some of the major recreational water illnesses. It occurs with ingesting the contaminated pool water. However, it is also possible to acquire these infectious agents through droplet spread as a result of close contact with people especially in public swimming pools. Despite the antimicrobial effects of chlorine, pool water is constantly contaminated with fecal material from swimmers. Therefore proper pool maintenance is essential to prevent diarrheal illnesses.