Edema is the medical term for excessive fluid accumulation within the interstitial space (between cells) or within the cavities of the body. This does not include fluid within the bladder or in the gastrointestinal tract (gut). Edema may be localized, affecting only one organ or area of the body or it can be generalized where it affects many areas or the whole body simultaneously. 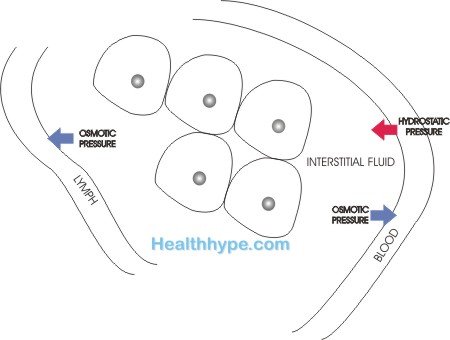 Anasarca is the medical term for simultaneous swelling throughout the body (generalized edema). The fluid accumulates within the subcutaneous tissue of the skin and gross swelling of the body is evident. There may also be other types of edema occurring simultaneously like ascites, which is fluid accumulation within the abdominal cavity (swollen stomach). Other cavities and organs may also be affected by edema.

There are various diseases that cause edema, some of which result in localized swelling while others can lead to anasarca. This may vary from cardiovascular (heart and blood vessels) to kidney and liver diseases, certain pharmaceutical drugs and different types of autoimmune diseases like SLE (lupus). Anasarca usually indicates severe illness and may often be seen in the end stages of serious chronic conditions.

Anasarca gives the appearance of being swollen or bloated throughout most of the body and should not be mistaken for weight gain. Immediate medical attention is required if anasarca is evident.

Edema will occur under these circumstances :

There are different medical terms for edema in specific areas or organs of the body.

There are two types of edema that can be identified upon examination.

Pitting edema is the more common type of edema.