Anemia is a deficiency of circulating red blood cells or low hemoglobin levels. There are number of different types of anemia and this term may encompass a number of defects in size, shape, structure and quantity of red blood cells in the blood. Irrespective of the type of anemia, the oxygen-carrying capacity of the blood is reduced and this causes a number of effects as outlined in Too Few Red Blood Cells.

The primary function of hemoglobin is to carry oxygen in the bloodstream so that it can be distributed to tissues throughout the body. Oxygen is essential for energy production and maintaining the functions and processes that sustain life. In anemia there is a reduction in the quantity of oxygen transported in the blood because of fewer red blood cells in circulation or lower hemoglobin levels.

The signs and symptoms of anemia are a result of hypoxia – low oxygen supply/availability. A person gradually adapts to living in a hypoxic (low oxygen) state and is eventually unable to identify the reduced level of functioning due to hypoxia. 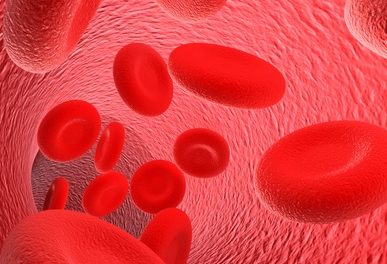 Mild anemia can remain asymptomatic for months or years. Although the odd incident of vague symptoms may sometimes be noticed by the anemic patient, it is often ignored and not attributed to anemia. This tends to occur when the demand for oxygen increases, like during exercise, but the body quickly recovers during rest. Therefore a person may pass these symptoms off as being unfit.

In severe anemia the signs and symptoms are constant, whether at rest or during strenuous activity. The level of functioning is impaired significantly and daily tasks may be difficult to complete. The limitation is not restricted to physical tasks – even mental abilities are hampered and the general feeling of being unwell can lead to emotional disturbances as well.

There are hundreds of types of anemia and the causes of anemia can divided according to :

Anemia due to Blood Loss

Acute blood loss is often due to trauma and the hemorrhage has to be massive for it to result in anemia. Death is always a risk in acute blood loss but if attended to rapidly and if the patient survives, anemia will set in unless there is a transfusion. It can take several days for the bone marrow to replace the lost red blood cells, but this is only possible if there is sufficient iron available.

The body constantly recycles iron as outlined under Red Blood Cells Life Cycle. Since 80% of the body’s iron is in circulation compared to 20% in the stores, a massive hemorrhage may mean that a large portion of this iron is lost. Iron deficiency anemia will set it and iron supplementation may therefore be necessary.

In chronic blood loss, the hemorrhage is usually minor and while the bone marrow may be able to accommodate with replenishing the red blood cell count, the hemoglobin levels are often lower as a result of chronic iron loss. This is frequently seen in young menstruating women, especially where gynecological disturbances lead to heavy periods or frequent periods. Another cause for chronic blood loss leading to anemia is gastrointestinal bleeding – refer to Gastric Bleeding and Stomach Bleeding.

Red blood cell production may be hampered for a number of reasons including disruptions, defects and deficiencies of :

Most cases of decreased red blood cell production are related to nutritional deficiencies. Here the red blood cells are formed but do not develop or mature appropriately.

In certain cases, the bone marrow may not produce sufficient red blood cells for various reasons. Aplastic anemia is where the bone marrow is damaged and may be caused by :

Anemia of chronic disease may be linked to aplastic anemia although the bone marrow may not be disturbed yet the utilization and maturation of  red blood cells may be disrupted. In chronic kidney disease is often associated with a disruption in the production and/or secretion of erythropoietin. This hormone is primarily produced by the kidney and if it is not available in sufficient quantities in the bloodstream, the bone marrow will not produce new red blood cells even if other stimuli, like hypoxia, is present. Anemia of chronic disease is also seen in conditions like cancer, hypothyroidism, rheumatoid arthritis or systemic lupus erythematosus (SLE).

Other causes of rapid red blood cell destruction may be a result of :

Signs and Symptoms of Anemia

Most anemics will experience fatigue to varying levels. In severe anemia this is prominent although in mild anemia it is easily missed or attribute to other causes. Fatigue is a non-specific symptom and on its own with no other features present, it is difficult to isolate as a symptom of anemia. It can be seen as a reduction in stamina, energy and interest in activities. It is not uncommon for a person to attribute these changes to stress, poor diet or a lack of physical fitness.

Fatigue in anemia is a result of reduced oxygen supply to the tissues. This also reduces energy production. During increased activity like exercise, the body is unable to cope with the oxygen demand. Fatigue sets in as a means of signaling the body that it cannot cope with the heightened state.

Pallor or paleness of the skin and mucus membranes is the lack of the red hue that is characteristic of these areas. Skin color is a combination of the melanin content in the skin as well as the blood flowing in the superficial blood vessels. Hemoglobin is responsible for the typical red color of blood. When there is a deficiency, the skin may appear pale (white, dull, gray or ashen in complexion) and this can progress to cyanosis (bluish color) as the blood becomes severely deoxygenated especially during exercise.

If pallor is not clearly evident on the skin, it may be more clearly distinguishable in the whites of the eyes (sclera), insides of the mouth (buccal linings), fingers and toes or the nail bed.

Dyspnea or shortness of breath is a sensation that is triggered by low oxygen states. In order to compensate a person may start breathing more rapidly and often the depth is shallow. This may only be necessary during a period of increased activity. Despite attempting to accommodate for the low oxygen supply by breathing faster, the low hemoglobin levels means that the blood cannot carry any additional oxygen to compensate for the hypoxia.

Since the oxygen-carrying capacity of the blood is diminished, the heart attempts to accommodate by beating faster. In this way red blood cells can quickly travel back to the lungs where it is oxygenated and reach tissues which need the additional oxygen. This rapid heart rate may exceed 100 beats per minute in adults and this is known as tachycardia.

The heart attempts to beat faster and harder in an attempt to increase cardiac output during strenuous activity. This can lead to a disruption in the rate and rhythm of the heartbeat.

As explained under Too Few Red Blood Cells, the peripheral resistance decreases as result of vasodilation and a lower viscosity of the blood. This decreases the blood pressure despite the heart beating faster.

The anemic headache may occur due to a number of reasons. While brain tissue cannot perceive pain, the arteries supplying blood to it are sensitive to low oxygen states and low blood pressure and can experience pain. In addition, the muscles in the body quickly go into spasm with even moderate activity in anemia. When this affects the muscles of the neck and head, a tension-type headache can quickly set in.

Most anemics experience dizziness to varying degrees. It may be a sensation of lightheadedness upon moderate activity like walking for long periods or too fast to severe dizziness in very strenuous activity. This is a result of reduced oxygen supply to the brain. Severe anemics will experience constant dizziness. This will become more pronounced with activity and fainting spells may often occur when the body cannot cope with the increased physical demand.

The mental faculties are often affected with severe anemia or during periods of increased mental activity in mild anemia. This may be seen as poor memory (difficulty recalling), or difficulty in conducting mental tasks. However anemia should not be mistaken for learning difficulties and psychiatric disorders.

Due to constant peripheral vasodilation in an attempt to increase oxygen supply, heat is constantly lost to the environment and this is most noticeable at the periphery (fingers and toes). In cold conditions, severe vasoconstriction may occur in order to reduce heat loss. Apart from very cold hands and feet in these conditions, the tips of the fingers and toes may appear blue (cyanosis).

Other Signs and Symptoms of Anemia

In addition to the above signs and symptoms, anemics may also report other symptoms like :