Meaning of a Buzzing Sound

In order to understand how an abnormal buzzing sound may be perceived, it is important to first understand how hearing works. Sound is directed down the ear canal where it causes the ear drum to vibrate. These vibrations are transmitted by the tiny middle ear bones (ossicles) to the oval window and then into the inner ear. Here the vibration stimulate nerves within the cochlea and signals are then relayed to the brain. These signals are perceived as sound.

The entire process begins with vibrations from an external source. Sometimes a buzzing sound is perceived despite the lack of an external source. This may be due to a problem with one of the ear structures responsible for hearing, the nerves that carry signals to the brain or the auditory centers within the brain. As with any sensation, a buzzing sound may at times be due to psychogenic causes yet all the other hearing structures being normal.

A buzzing sound may be medically defined as tinnitus. Most of the time tinnitus is associated with a ringing sound in the ears, however, the persistent sound in tinnitus could also be a buzzing, roaring, hissing or whistling sound.

The exact cause of tinnitus is not always known but it can occur with various ear problems and sometimes may be due to abnormal brain activity that alters the sense of hearing. It is not due to any actual noise source and is known as subjective tinnitus.

However, there are cases where there may be a source of the sound that is heard. This source is within the body and may even be audible to other people. This is known as objective tinnitus. It is very often due to blood flow either within an abnormality in the body or due to turbulent blood flow. 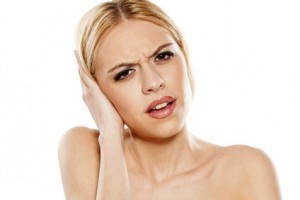 The exact cause of an ear buzzing sound is not always easily identifiable. Sometimes it remains unknown. However, some of the more common and uncommon causes that are known are discussed below. It is important to have a buzzing sound investigated by a medical doctor. Further tests may be necessary. Ear buzzing can be an early symptom of various diseases and early diagnosis can significantly improve the outcome.

The hearing loss that occurs with age, known as presbycusis, may be a cause of tinnitus. The condition is more common in older people, and is more often diagnosed after the age of 60 years. Sometimes the use of a hearing aid can cause a buzzing sound in the ear.

Certain lifestyle factors are associated with an increased risk of developing tinnitus. Smoking is one of these risk factors. While it can contribute to some of the other causes mentioned below, like hypertension, the exact way in which smoking could lead to tinnitus is unclear.

Exposure to loud sounds like an explosion can cause injury to the ear structures and lead to tinnitus. This may also occur with prolonged exposure to loud noises as many occur in an industrial setting where protective ear wear is not used. Extended earphone use when listening to loud music can also cause acoustic trauma.

Infections of the outer ear can cause abnormal sounds like buzzing. This is known as otitis externa and is more commonly referred to as swimmer’s ear. Tinnitus in these cases are more likely with severe otitis externa. A foreign body or excess ear wax in the ear canal can also cause buzzing in the ears to be perceived.

Middle ear infections (otitis media) can also cause a disruption in normal sound perception. Another condition related to the middle ear that may be responsible for a buzzing sound in the ear is a eustachian tube dysfunction. This tube normalizes ear pressure in the middle ear. Stiffening of the middle ear bones (otosclerosis) may also be a cause of tinnitus.

There are several inner ear conditions which can lead to abnormal sounds, like buzzing, being perceived in the ear. Meniere’s disease is a condition where there is excess fluid in the inner ear often due to unknown causes. An acoustic neuroma is a benign growth that arises from the nerve in the inner ear and this can lead to tinnitus.

A number of different drugs may cause tinnitus or exacerbate it. These side effects are seen with a range of different types of medication, including certain antibiotics, antidepressants, aspirin, cancer drugs, diuretics and malaria medication. Sometimes the abnormal sounds may only arise with high doses of these drugs.

Medical conditions leading to tinnitus should first be treated and the symptoms like ear buzzing may then resolve. Never attempt to clean the ears with a cotton wool bud or any other object to relieve or treat tinnitus. Even when impacted ear wax is a problem, it should be treated and cleaned by a medical professional.