We usually take our senses and sensory organs for granted until the sense is impaired in some way or discomfort arises in the organ. Ear pain, discomfort or pressure in the ear are some of the sensations that direct our attention towards the ear and even minor hearing impairment that was previously unnoticed then becomes obvious. Fullness in the ear elicits a similar response.

What is ear fullness?

Fullness in the ear, or ear fullness, is a common way that many people describe a sensation of increased pressure in the ear. It is also often compared to the sensation of having water in the ear where there is pressure on the eardrum and hearing is dulled as well. Although there is often some degree of hearing loss in most cases of ear fullness, there may also at times be ringing in the ears.

The fullness is a sensation which may or may not be associated with fluid accumulation behind the eardrum (effusion). It may at times occur in both ear or just on one side. Other symptoms like a fever, ear discharge, poor coordination, ringing and degree of hearing loss may help to indicate the possible cause of ear fullness. It is also important to differentiate between pressure, either due to air or fluid, from the just the sensation of pressure.

Causes of Fullness of the Ear

Many of the causes of ear fullness may present with symptoms that overlap. Therefore medical investigations may be necessary to confirm the cause of ear fullness as accompanying symptoms alone may not be sufficient to identify the exact cause. 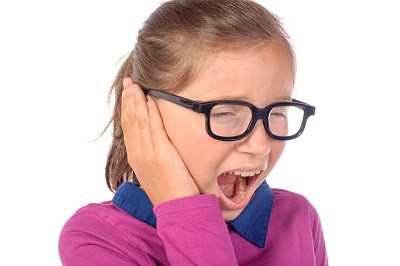 Inflammation of the middle ear, with or without an infection, is known as otitis media. It is a space filled with air and pressure on either side of the eardrum is equalized by through the eustachian tube which runs from the back of the nose to the middle ear. Fluid can build up in this cavity especially when the eustachian tube is blocked. Otitis media is mainly due to a bacterial or viral infection and is more likely to arise with allergies.

Children may also experience difficulty sleeping and present with irritability.

The lining of the ear canal constantly produces wax (cerumen) for several reasons. Many people consider this to be dirt and attempt to remove it with cotton wool tips. As a result it can lead to impaction of the earwax. Sometimes excessive earwax build up as well as other factors like excessive dust can prevent the earwax from draining out naturally. As a result the ear wax may become impacted.

A common problem when flying is an imbalance of air pressure on either side of the eardrum. This is commonly referred to as plane ear or by the medical term aerotitis media. It usually occurs with rapid descent. A similar condition arises when diving and this is known as barotitis. People withs structural problems of the eustachian tube, allergies, ear and upper respiratory tract infections are more likely to experience aerotitis media.

Meniere’s disease is an inner ear condition where there is a build up of fluid in the inner ear which can affect the organs of hearing and balance. The exact cause is unknown but it is believed to be due to a number of different factors include abnormal drainage, allergies, head trauma, infections and possibly even genetic factors. It is more commonly seen in middle-aged adults but can also occur in children.

A cholesteatoma is a condition where an abnormal growth of skin cells develop in the middle ear behind the eardrum. These growths can be present from the time of birth (congenital) or develop during the course of life (acquired). It can occur as a complication of prolonged middle ear infections. Over time these masses can erode bone and even extend into the inner ear with further complications.

An acoustic neuroma is a slow-growing benign (non-cancerous) tumor that develops on the nerve from the inner ear to the brain. Although fullness in the ear is not a common symptom, sometimes the other symptoms of acoustic neuroma like hearing impairment may be incorrectly perceived as ear fullness. It is usually caused by a gene malfunction which affects the normal growth of the cells that surround and insulate the nerve.