HIV infection and AIDS remains a global health concern. While greater awareness about the disease has helped in curbing the number of new cases in some parts of the world, it continues to spread unabated in other geographical areas. Advances in antiretroviral therapy (ART) means that people living with HIV and AIDS patients can now live longer. But it is not a cure. The key to curbing the HIV pandemic is prevention primarily through lifestyle measures as no vaccine is yet available.

Early medical intervention in HIV infection can literally make the difference between life and death. It can help prevent opportunistic infections and ultimately helps a person live a better quality of life and for longer. But many people do not test routinely and do not know that they have contracted the infection until symptoms arise. Unfortunately with HIV infection, if the symptoms in the early stages of HIV/AIDS are missed then a person may live with the virus for years or decades without knowing that they are infected.

Who Should Test For HIV? 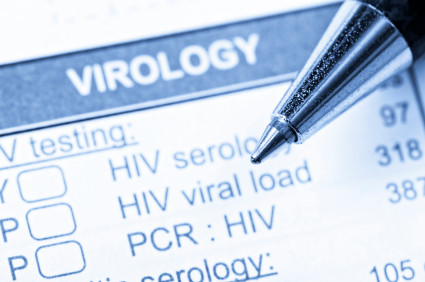 Every person who is sexually active should have a HIV test at least twice a year. It does not matter whether you have only one partner or multiple partners. People who have multiple sexual partners are obviously at a greater risk and should test more often, in addition to using suitable protection and changing their sexual behavior. HIV infection is not a disease of the poor. Nor is it restricted to any country, race or ethnicity. Any person can contract HIV.

Apart from sexual contact, it can also be transmitted by sharing needles among IV drug users, through breast milk, from a blood transfusion and other activities where there is an exchange of body fluids. These days testing is free in many countries and can be done within minutes at primary health clinics.  Home HIV test kits has also made it simple to determine your HIV status. However, testing should be done at a pathology laboratory to confirm the findings of home test kits.

Instead of waiting for symptoms of HIV/AIDS to become apparent, rather opt for a diagnostic test that can give you an almost immediate result.

Shortly after infection, a person with HIV may display generalized flu-like symptoms. This is known as primary or acute HIV infection. It may arise within 2 to 6 weeks after having unprotected sex, a blood transfusion or other event where HIV may be contracted. These symptoms include fever, sore throat, mouth ulcers, headaches, muscle and joint pain, swollen lymph nodes and skin rash.

However, many people ignore these early signs of HIV and associate it with other more common viral infections like the flu. Although these symptoms are non-specific, the distinguishing feature from acute viral infections is that the symptoms may last for 8 to 12 weeks. Any person who has undertaken risky behavior recently should be extra vigilant and try to spot these symptoms as soon as possible.

During the asymptomatic stage which lasts for years or even more than a decade, a person has no signs or symptoms of HIV infection. Therefore it is called the asymptomatic stage. However, this is not entirely accurate. There are some symptoms that may arise similar to the flu-like symptoms of the acute HIV infection stage. It may be just as vague and can disappear and reappear again.

The one important clinical sign during these years is persistent lymph node swelling. It affects lymph nodes at two or more sites and tends to last for 3 months or more. The node is large, measuring greater than 1 centimeter in diameter. Persistent lymph node swelling which is larger than 1 centimeter in diameter is not only seen in HIV infection. Therefore it is important to see a doctor for further diagnostic investigations.

Chronic diarrhea is a common feature of HIV/AIDS. It may come and go every now and then or persist non-stop. Diarrhea in HIV occurs for various reasons. Firstly the bowels, and small intestine in particular, becomes diseased – HIV enteropathy. The structure of the intestinal wall changes as a result of this disease and damage. It is therefore unable to absorb nutrients as normal which leads to diarrhea.

Sweating at night to the point that it soaks your clothes and linen may seem normal during hot weather or with using too many blankets. But when it repeatedly happens for weeks or months and its not related to being overheated then it may be due to a medical condition. Many diseases may present with night sweats. and HIV/AIDS is one such condition. It can happen even if you do not have a fever.

A low-grade fever is a common sign of HIV infection. It often goes undetected and although a person may claim to feel ‘feverish’, they may not actually measure their body temperature to note the slight rise. Sometimes the term fever of unknown origin (FUO) is used but only if no cause can be found. Proper HIV testing that reveals a positive result means that HIV infection is a possible cause of the low-grade fever.

Weight Loss For No Reason

Unintentional weight loss is another common feature of HIV infection. This means that a person is losing weight despite eating as normal and not undertaking additional physical activity beyond the regular. The degree of weight loss varies from one person to another. It is the most severe in a person with AIDS where there is extensive muscle wasting (cachexia) with weakness. 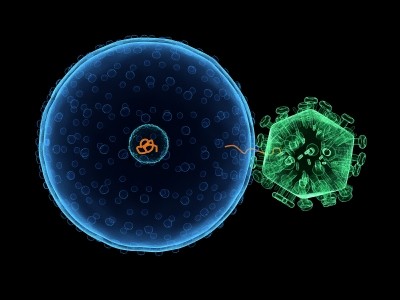 The human immunodeficiency virus targets T-lymphocytes, a type of immune cell. It is mainly the CD4+ T-cells that are destroyed by the virus. The body’s ability to protect itself is gradually diminished. For this reason you CD4+ count is assessed and monitored as part of HIV diagnosis and management. This weakening of the immune system means that the body is prone to infections.