HIV is the acronym for human immunodeficiency virus which is responsible for the development of AIDS after prolonged HIV infection.

AIDS is Acquired Immune Deficiency Syndrome which develops in the latter stages of HIV infection.

HIV is the virus, which is transmitted from person to person and is the causative microbe responsible for HIV infection. The virus targets the body’s immune cells. AIDS is the syndrome that results once the immune system has been significantly compromised and is unable to maintain adequate functioning.

Immunity in the human body is a complex system comprised of cells and chemicals. In conditions like HIV/AIDS, the virus targets a specific type of immune cell known as the CD4 T-lymphocyte. The virus enters and replicates within the cell and exits the immune cell thereby destroying it. As the disease progresses, the body’s immune functioning is hampered due to the decreasing immune cell population (test : CD4 count) in relation to the increasing viral population (test : viral load) and the patient is considered to be immunocompromised. 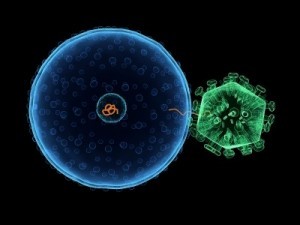 HIV infection does not indicate the onset of AIDS. Acquired immune deficiency syndrome is determined by the presence of AIDS defining illnesses or a CD4 count less than 200 cells/mm.

There are many common names for HIV/AIDS which varies among different cultures, languages and regions in the world. Example : isandulela ngculazi is the Zulu word for AIDS, widely used in South Africa which has the highest HIV/AIDS adult prevalence rate. HIV/AIDS is a global problem affecting every sector of the human population and the disease is perceived differently based on ignorance, misconceptions and cultural and religious beliefs.

The most common names for HIV/AIDS refers to the wasting (cachexia) which typically occurs in the latter stages of the disease. This is often referred to as the ‘thins‘ or ‘slim’s disease‘, a term very often used in Africa in the native tongue. Less politically correct names had emerged in the 1980s and early 1990’s at a time when the disease was only associated with gay men and homosexual behavior. These misconceptions have been allayed in recent years as HIV is more often spread  in heterosexual couples.