The human neck is much more than just a connection between the chest and the head. A major part of the neck supports the important connections between the head and the rest of the body, like the blood vessels, nerves, the breathing tube (trachea) and the food tube (esophagus). Apart from this, the neck houses important structures, like the thyroid and parathyroid glands, larynx (voice box) and cervical lymph nodes (cervical = adjective of neck). The neck muscles move the head as well as jaw. Historically, people have targeted the neck, from chaotic warfare to suicidal hanging, which highlights the connection of the neck to one’s living and well being.

The various neck structures are compactly arranged with strict delineation. The nervous system with the spinal cord and nerves lies at the back enclosed in a cage of eight bones called the cervical vertebrae. The versatile joints in the first two neck vertebrae bring about the nodding and sideways movement of the head with the help of the trapezius and sternocleidomastoid muscles (Picture 1). The joints between the rest of the neck bones do not permit much movement and impart stability to the enclosed nerves. 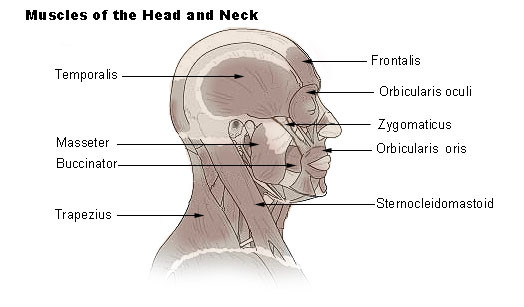 The throat, consisting from pharynx and larynx, is a common passage for food and air, which lies in front of the neck vertebrae. The throat extends downward into the esophagus and trachea.

The trachea lies in front of the neck and carries air from the throat to the lung. The larynx is a specialized entrance of the trachea which creates voice from the breath of air. During swallowing, the larynx moves upwards – this can be seen from moving of the prominent part of the upper laryngeal cartilage – Adam’s apple. The epiglottis is a fold of tissue which closes the larynx during swallowing, thus not allowing food to enter the trachea (Picture 2). 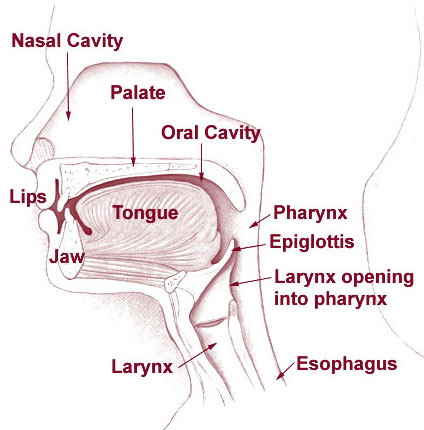 Picture 2: Neck as seen in the side section
(source: Wikipedia)

The thyroid gland is situated around the trachea just below the larynx (Picture 3). The thyroid secretes thyroid hormones, which help normal functioning of many body parts. Any imbalance (excess or less) in the secretion of this hormone can cause swelling, disorders in temperature regulation, constipation or diarrhea, and so on. 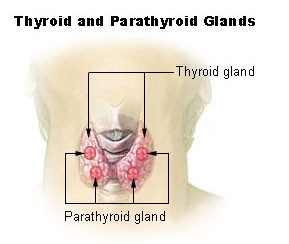 The human neck can be affected by various disorders concerning the structures passing through it. A disorder in one part of the neck can cause symptoms in other parts of the neck due nearness of structures. For example,  common cold spreads from the nose to the pharynx to give sore throat and then to the lungs to give cough; swelling of the thyroid causes breathlessness due to pressure on the larynx and trachea.

Neck pain is generally due to a disease of the vertebrae or neck muscles.

Muscle stiffness (neck spasm) highlights the involvement of muscles: trapezitis, an inflammation of the trapezius muscle, or torticollis, a fibrosis of sterno-cleido-mastoid muscle.

Shooting pain, if present, tells us that the problem lies in the vertebrae or intervertebral discs. Vertebra can be damaged due to arthritis, injury (fracture), osteoporosis or cancer.  Discs can bulge or herniate due to degenerative disc disease (DDD) or injury. Pain, numbness and tingling caused by disorders of cervical spine can spread into one or both arms. An injury of the spinal cord itself (car accidents, jumping in a shallow water) can result in paralysis of both arms (sometimes including both legs), urine and fecal incontinence and lost of sensitivity below the site of the neck injury.

Neck swelling or lumps can be due to a disease of the thyroid (goitre), lymph nodes (infectious mononucleosis, tuberculosis, cancer, leukemia) or heart disease. A diseased heart may be unable to pump all the blood coming to it and so the remaining blood accumulates in the veins carrying the blood from the head to the heart (full jugular veins in neck).

Sore or itchy throat can be, among other, due to irritant environmental gases, infections of the respiratory system, food allergies, gastric acid reflux, inflammation of vocal cords or cancer.

Coughing is a reflex, which blows out a blast of air from the lungs, forcing microbes, pus, dust or foreign objects to travel towards the mouth so they can be spit out or sometimes swallowed. Read about causes of coughing up mucus.

Investigations of the Neck

The accurate diagnosis of neck ailments depends on symptoms (which point towards the site of disease) and investigations (which confirms the diagnosis). Hence, it is very important to tell the physician exactly how one feels as well as everything that one feels. Sometimes it may not be within the reach of a primary care physician to conduct the treatment or even establish a diagnosis. In that case, an appropriate specialist (orthopedist, neurologist, gastroenterologist, dermatologist…) should be seen.

First and foremost, the physician would examine the different structures of the neck, like lymph nodes, thyroid, carotid pulsation of the carotid artery and jugular vein, muscle strength, and so on, looking for clues to identify the disease. 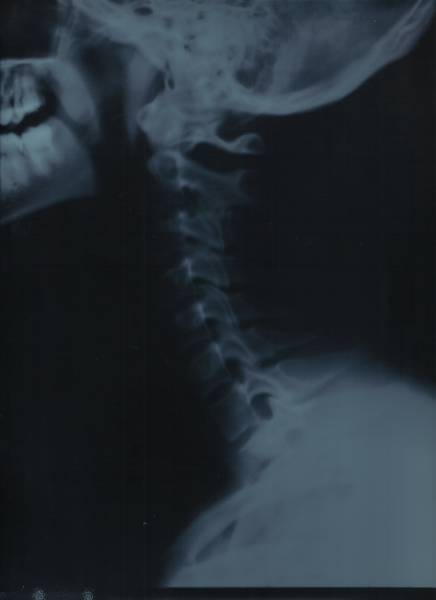 The treatment of neck diseases depends on their cause.