Whiplash injury is an injury of the neck, sustained mainly during road accidents or falls from a height.  The most intriguing factor in this injury is that it occurs without any physical contact of the neck with any object. Thus, a person has almost no evidence of injury on his body, which makes it difficult to prove or disprove a whiplash injury claim.

The spinal cord is completely enclosed in a cylindrical space between the back bones or vertebrae which is called the spinal canal. The spinal cord travels from the brain to the buttocks giving out nerves at every vertebrae. It is these nerves which travel to each part of the body and are responsible for transmission of various sensations and signals to and from the brain.

The space between the arachnoid mater and the piamater is filled with fluid called the cerebro-spinal fluid. This fluid not only provides nutrition to the cells of the brain and spinal cord, but also perform the function of a shock absorber. However, it is this very fluid that is responsible for the propagation of a jerky head movement to a whiplash injury of the spinal cord.

The response of the neck to a sudden fall or an accident is similar to the movement of a whip (used to control horses or train animals). Hence, the name whiplash injury. 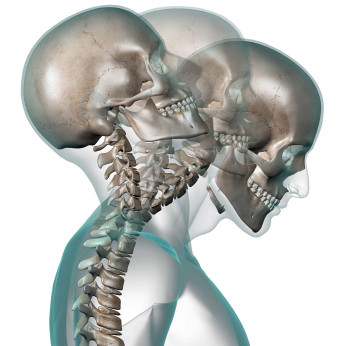 The sudden jerky movement of the head creates a wave like movement which puts the neck in an awkward s-shaped position. This movement violently stretches the muscles and ligaments of the neck as well as the nerve cells in the spinal cord and nerves. Nerve cells or neurons are highly sensitive and delicate structures. Thus, they are easily damaged along with the neck ligaments.

Neurons lack the ability to repair themselves after injury. The overall damaged structures in the neck make it prone to inflammation in the subsequent days, which causes degradation in the functions of the neck along with neck spasm. This is why symptoms of whiplash injury mostly develop a few days after the traumatic incident.

The earliest symptom to occur in a whiplash injury is neck spasm. The spasm is not only because of violent stretching of muscles, but also because of the injury to the nerve cells and ligaments. This is a protective response of the body to allow healing of the torn muscle fibers and ligaments. This is a very crucial period for this injury. If the neck is properly immobilized, healing occurs without any further problems. However, ignorance and neglect in this phase is what gives rise to the “whiplash associated disorders” or “whiplash syndrome”, which are delayed manifestations of the injury.

Other symptoms seen in whiplash injuries are headache, tingling numbness in the hands, and shooting pain in the arms, and so on. These are due to nerve cell stretching and inflammation. Normally, if the neck is stable these symptoms rapidly recover. If there is instability of the neck bones (dislocation), then these changes persist for weeks and may even progress to full blown paralysis of the entire body below the neck.

Read more on signs of whiplash.

Whiplash injury is primarily an injury of soft tissues, like nerves, ligaments, and so on. Hence, MRI is the investigation of choice for establishing an accurate diagnosis. Though its high cost is prohibitive in using it for screening of each patient. If cost is not a concern, then MRI should be the first and last thing to do for diagnosis of a whiplash injury. 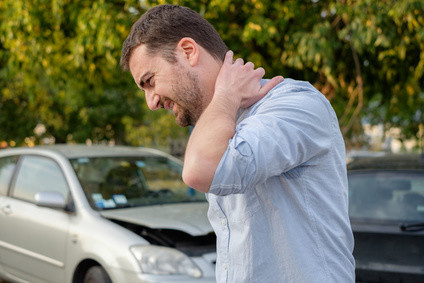 Investigations like X-ray, CT Scan, and so on, help us to know if the soft tissue injury is severe enough to cause any bony disturbance. Since, bones are clearly seen in these films, any disturbance in the normal arrangement of bones of the neck can be easily detected. They are commonly used for screening of patients of whiplash injury and if positive are followed up with an MRI for confirmation.

A whiplash injury is graded as per severity of the symptoms. These grades were decided by Qubec Task Force.

Cervical collar is the primary treatment of whiplash injuries. Contrary to the popular belief, a cervical collar helps only during the early phase of the injury to immobilize the neck and allow healing of the damaged tissues. Though one may find a soft cervical collar comfortable and easy to use, its the hard cervical collar that gives complete proper immobilization. Thus, one must use only a hard cervical collar and that too only for the first 72 hours after injury. Excessive use weakens the neck muscles and also reduces the blood supply of neck muscles, which delays recovery and complicates the injury. This should be followed by physical therapy to strengthen the healed soft tissues. 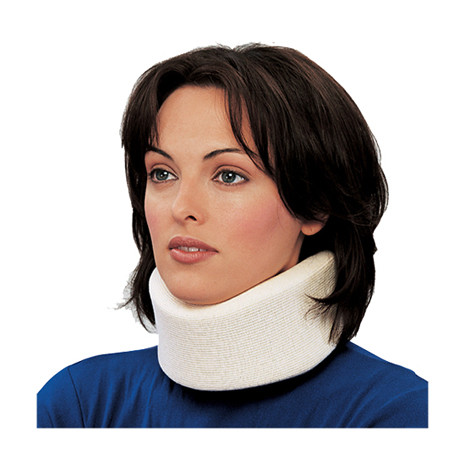 Before resumption of routine activities, one must undergo a repeat MRI or X-ray examination. This is to rule out any instability in the neck vertebrae. An instability of the vertebrae, which arises due to improper healing of soft tissues, like ligaments, is capable of causing severe damage during normal movements of the neck. It is this ongoing damage, that gives rise to whiplash associated disorders or whiplash syndrome, which is associated with longstanding neck pain and numbness in the hands. Moreover, this can even progress to complete paralysis of the body.

Cervical instability can occur at variable locations within the vertebrae of the neck. The higher the location of instability, the more grave is the prognosis of the disease. Though, a person may spend an entire lifetime without realizing the presence of a cervical instability, it is never worth taking such a huge risk. Treatment of instability involves fusion of the unstable vertebra to the adjacent vertebrae with the use of metal screws. This is a major surgery, and can even be life-threatening. So the diagnosis should be confirmed if possible, by taking a second opinion of an experienced orthopedist.

The neurological complications of whiplash injuries, like tingling numbness in the hands, shooting pain in the arms and neck, generally resolve after surgery, which fixes the instability. However, this can take a period of weeks to a few months. During this time one has to patiently follow the physical therapy outlined by the orthopedist. Oral analgesics and neurovitamins facilitate early recovery.

Read more on whiplash and concussions.

There has been a tremendous increase in awareness regarding whiplash injuries associated with vehicular accidents. Car manufacturers have taken note of this potential threat to drivers and commuters and designed several useful variations in seats to prevent whiplash injuries or decrease its impact. This includes a vast array of headrests (Picture 1) and higher seats with neck supports, which support the neck during a collision. 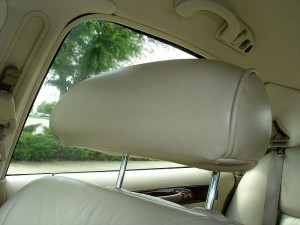 The pressure from the car insurance lobby, owing to the high volume of whiplash injury claims, has been of significance in bringing this revolutionary equipment to reality.

Whiplash injury claims form a major part of vehicular accident insurance. This is primarily attributed to its common association with impact of another vehicle from the rear end. Surprisingly, the safety belt of a car does not offer any protection in preventing a whiplash injury.
The prognosis of a whiplash injury, depends on

The prosecuting attorney may focus entirely on the former point, to gain a substantial compensation for his client (the victim). However, it is the latter point, regarding negligence of the affected person, which is responsible for grave outcomes associated with whiplash injuries. Thus, there are 2 entirely different perspectives towards looking at the impact of a whiplash injury, depending on the category to which one belongs, for example victim or culprit.

A whiplash injury claim can be made up to 3 years from the date of injury. There are 2 ways to apply for a whiplash injury claim, either through a solicitor (whiplash attorney) or directly to the insurance company. The amount of compensation is variable depending on the circumstances of injury as well as the economic (loss of earnings or absence from work) and emotional losses (pain, suffering, and so on). However, if one has taken insurance benefits for this injury, the right to reapply for additional compensation in the future is forfeited as per the insurance documentation.