What is Radiation Cystitis?

Radiation cystitis is condition where the bladder become inflamed because of exposure to radiation. It is rare for most people to be exposed to radiation for other than medical reasons. The bladder itself may be targeted in radiation therapy (radiotherapy) or the other pelvic organs may be irradiated for cancer at these sites with the bladder being incidentally affected due to the close proximity.

The extent of the tissue injury associated with radiation exposure can range from minor irritation, to severe inflammation and even death of a portion of bladder tissue.Better targeting and delivery methods these days has helped in minimizing more severe forms of radiation cystitis.

What Happens in Radiation Cystitis?

Radiation causes cell injury and death through several mechanisms. It is the cells that divide rapidly, the cancerous cells, which are the most prone to being damaged and destroyed with therapeutic radiation. Therefore radiation therapy is an effective approach to treating cancer. However, normal healthy cells are also injured to some degree and may be destroyed incidentally during the course of cancer treatment. Given the danger with cancerous lesions spreading and ultimately leading to death of the person, this incidental damage of healthy cells is an acceptable consequence of radiation treatment. 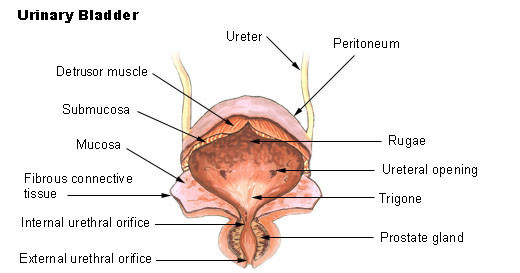 In pelvic tumors, radiation therapy is used for treating cancers of the bladder, colon and rectum. In men, it is also used for prostate cancer and among women for uterine, ovarian and vaginal cancers. Even if the bladder itself is not being treated with radiation, it may be affected when the other pelvic organs are irradiated. Apart from tissue irritation and damage, the blood vessels and nerves of the bladder and supporting tissue like collagen may be damaged with radiation exposure. Even tissue death is possible. The extent of the injury may vary from person to person depending on several factors of each individual case.

Radiation therapy for pelvic tumors leads to inflammation of the bladder wall and ulcers (open sores) in the inner lining of the bladder. Urine may then further irritate and damage the exposed bladder wall. Reduced blood flow to the bladder may lead to cellular damage known as ischemia. In rare instances there may even be tissue death of portions of the bladder wall. Scar tissue may develop in the bladder and the nerves which are irritated by radiation may malfunction thereby hampering bladder control. Ultimately these host of pathological changes caused by radiation exposure present as the condition known as radiation cystitis.

Inflammation of the urinary bladder (cystitis) due to radiation exposure does not differ significantly in presentation from cystitis due to other causes. Most cases of cystitis are due to urinary tract infections where the causative microbes enter through the urethra and ascend the urinary tract to the bladder. Fever is common in infectious cystitis but may be absent or low grade at the most in radiation cystitis. The initial urethritis followed by cystitis may also not be present with radiation exposure. The condition can be classified according to different grades.

The onset of cystitis may not always be immediately after radiation treatment. It can arise even months after exposure.

When left untreated and in severe cases, radiation cystitis may progress to a point where complications can develop. This includes :

Radiation treatment is used for the treatment of cancer. When directed at the pelvis, it can cause radiation cystitis. Radiation is used to destroy cancerous cells. Ideally the target area is only irradiated but the surrounding tissue is often affected as well. Radiation treatment (radiotherapy) may be used as a follow up to surgical removal of the tumor.

Sometimes it is the first line approach to the treatment of certain cancers. In patients where the cancer is advanced and has spread, radiation therapy may help with reducing the severity of the cancer symptoms by shrinking the tumor.

In order to limit the damage to healthy cells and unaffected organs, radiation can be delivered to the target site in various ways. These new techniques include a three dimensional conformal radiotherapy where the beam is shaped to cater for the shape of the target organ and brachytherapy (internal radiotherapy) where radioactive seeds are inserted at the target site.

These more targeted options allows for the use of lower doses of radiation thereby minimizing damage to surrounding healthy tissue and neighboring organs. However, it does not mean that conditions like radiation cystitis will not arise in the course of cancer treatment with radiotherapy.

There are a number of investigations that can be conducted to diagnose radiation cystitis. The patient’s history of radiation treatment is one of the most important indicators that the presenting urinary tract symptoms are a result of radiation cystitis. However, this should not mislead the patient or doctor to the possibility that the symptoms can be due to other causes such as an infection, urinary stones or even bladder cancer. Tests that may be conducted includes :

The treatment of radiations cystitis depends on a host of factors such as the grade of the presenting symptom and extent of the radiation injury. There is a range of medication that may be used for treating radiation cystitis. Surgery is sometimes necessary for severe cases and this may even involve bladder removal. There is some evidence to warrant the use of substances (antioxidants) to prevent radiation cystitis in a patient undergoing radiotherapy for cancer treatment. 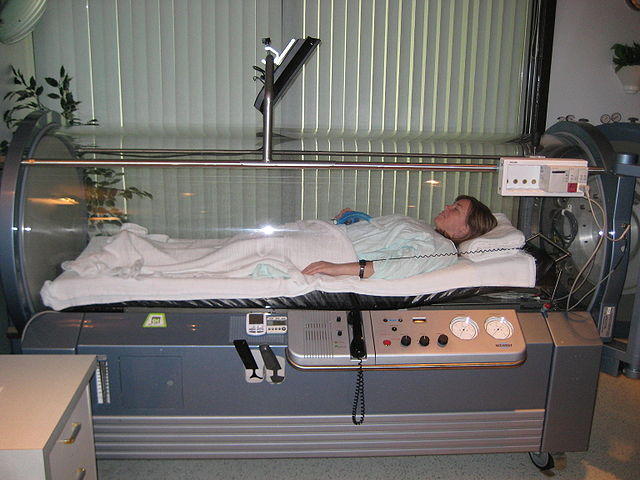 The prognosis for radiation cystitis is dependent on a multitude of factors. Most cases are acute and only symptomatic treatment is necessary. It resolves spontaneously but may recur. Chronic cystitis is more difficult to manage and can be persistent or episodic. Some chronic cases may not respond to treatment thereby making the management difficult. The development of complications can further affect the treatment of radiation cystitis and ultimately the prognosis.