There are many eye conditions that can lead to loss of vision, either partial or complete. Cataracts and macular degeneration are two relatively common eye disorders that lead to impaired vision. Another condition is retinitis pigmentosa which is rare but nevertheless a cause of blindness.

What is retinitis pigmentosa?

Retinitis pigmentosa is a group of disorders where the light-sensitive inner lining of the eye, retina, breaks down. It is a genetic disorder that is inherited. There is gradual loss of peripheral vision and difficulty with night vision. Eventually it leads to blindness. Retinitis pigmentosa affects about 1 in 4,000 people. Depending whether the genes associated with retinitis pigmentosa is dominant or recessive, it can appear in the forties or as early as the twenties. However, it can even arise in infancy.

There is currently no cure for retinitis pigmentosa. Prosthetics and implants may help to recover some vision while certain treatments like electrical stimulation therapy can preserve some vision in the early and intermediate stages of retinitis pigmentosa. Certain supplements and drugs may slow down the progression of the disease to some extent but not all have been conclusively proven to be effective in clinical trials. Despite being a rare condition, about 1% of the population carries genes that predispose them to retinitis pigmentosa.

The retina is the inner lining of the eye which responds to light that strikes it. This light-sensitive layer elicits electrical impulses in response to light which then travels through nerves to the brain. These electrical signals are deciphered by the visual centers in the brain and gives rise to the sense of vision. Certain areas of the retina, like the macula, have the highest concentration of the specialized photoreceptors responsible for vision, known as the rods and cones. Therefore light striking this region will give the clearest vision. 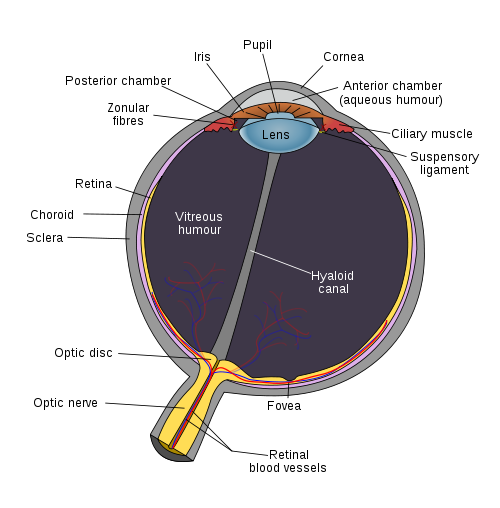 Comparatively retinitis pigmentosa is much rarer than these other macular degeneration or cataracts. Drug toxicity may also be suspected as well as certain infections which could cause similar symptoms. These conditions need to be excluded during diagnosis. A number of tests may be conducted, with the most important being an electroretinography (ERG). Sometimes an electro-oculogram (EOG) may also be done as well as color testing, dark adaptation and genetic testing to confirm a diagnosis of retinitis pigmentosa.

It is important to note that not all these supplements and drugs may be beneficial. Furthermore these treatment measures cannot reverse the condition but may play some role in slowing its progression.