The eye has a rich blood supply similar to other highly active parts of the body. The retina which is the photosensitive inner layer of the eyeball responds to light stimuli and generates impulses that travel via the optic nerve to the brain. This accounts for the sense of vision. The central retinal artery supplies blood to most of the retina. It is a branch of the opthalmic artery which arises from the internal carotid artery. As with any artery in the body, an occlusion will reduce the flow of oxygenated blood to the target area. The tissue in this region is deprived of oxygen and undergoes damage (ischemia) or death (infarct). When it occurs in the eye, it is referred to as an eye stroke.

What is an eye stroke?

An eye stroke is the death of retinal tissue due to an interruption of the bloody supply to it. The proper medical term is retinal artery occlusion (RAO). The word  ‘stroke’ is more commonly used with a cerebral infarct or ‘brain stroke’. However, it simply means that the blood supply to an area has been so severely compromised that the tissue in the target area cannot survive with altered blood flow. Since the retina is the sensorineural layer of the eye, it is responsible for the sense of vision. Therefore when it is damaged there is loss of vision, either partial or complete, and usually unilateral (one-sided). 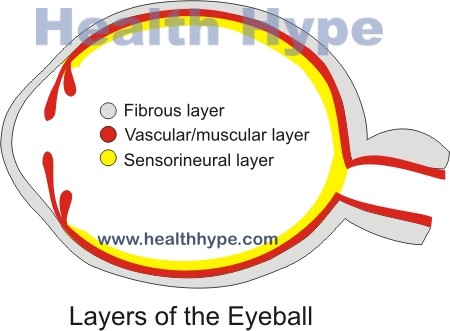 The central retinal artery exits at the optic disc where it divides into smaller segments that supply the retina with oxygenated blood. However, the fovea and a small area around it are not supplied by the retinal artery. Instead it derives oxygen and nutrients from the choroid which is supplied by the ciliary arteries. There may be some anatomical variants among different individuals. Sometimes a retinal branch from the ciliary artery known as the cilioretinal artery supplies the part of the retina between the macula and optic nerve. This anatomic variant is an important consideration in certain cases of retinal occlusion as it may minimize the severity of the damage. 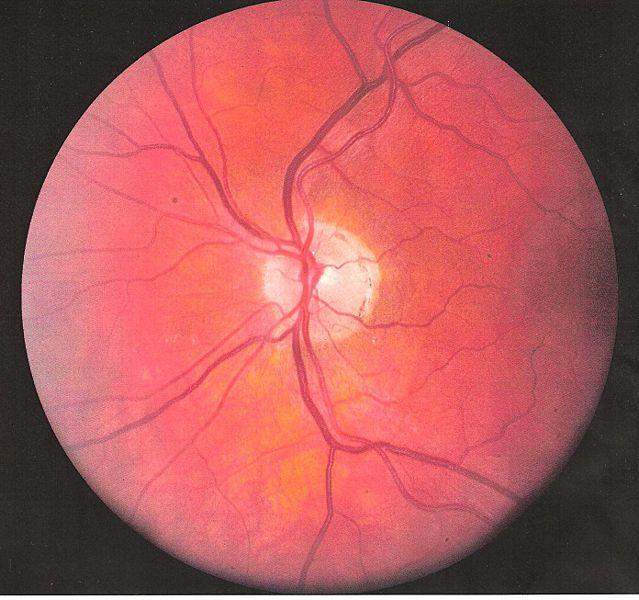 The occlusion may develop slowly over time or occur suddenly. However, even in a severely occluded artery, there is a sudden blockage usually by an embolus that suddenly hampers almost the entire blood flow. It is this event that leads to significant tissue damage and cell death. Therefore the onset of symptoms are typically sudden. The retina itself swells after a total occlusion and become opaque. However the macula region receives a constant blood flow through the choroid so it appears red. If a cilioretinal artery is present, as is the case in about 20% of individuals, then this intense redness of the macula is not present. Although the paleness may clear up within a few days particularly after restoration of the blood flow, the damage to the tissue is usually permanent.

The clinical presentation may vary slightly depending on whether it is a CRAO or BRAO.

The most common cause of a retinal artery occlusion is an embolus. With a retinal artery occlusion, the embolus is often from the heart. An embolus is not only a blood clot. It can be caused by cholesterol, pieces of calcified masses or other objects that are traveling through the bloodstream. Eventually the embolus gets lodged in the narrowest portion of the vessel through which it can no longer pass.

Atherosclerosis is the narrowing of an artery due to the accumulation of fatty plaques in the arterial wall. These plaques cause a significant narrowing over time but usually does not result in a total blockage on its own. Instead an embolus may become lodged at the site of the narrowing or the fatty plaque becomes unstable and a thrombus (blood clot) forms at the site. Atherosclerosis is more likely to occur with hypertension, hyperlipidemia and diabetes mellitus. It is also more common in smokers.

Vasculitis is inflammation of the artery wall due to various possible causes. The swelling of the wall and changes to its inner lining may narrow the artery and increase the chances of clot formation. Some of the types of vasculitis that may account for retinal artery occlusion include giant cell arteritis, polyarteritis nodosa and Takayasu’s arteritis.

There are various other mechanisms by which arterial occlusion may occur but these are rare. Based on the more common causes, the following are risk factors for retinal artery occlusion :

There is usually not any other major signs and symptoms but this depends on the causative condition and underlying diseases. Other clinical features may be detected only by an opthalmic examination. This includes a poor pupillary response to  light (one-sided) and pale fundus with a red fovea (cherry-red spot).