Anatomy of the Paranasal Sinuses 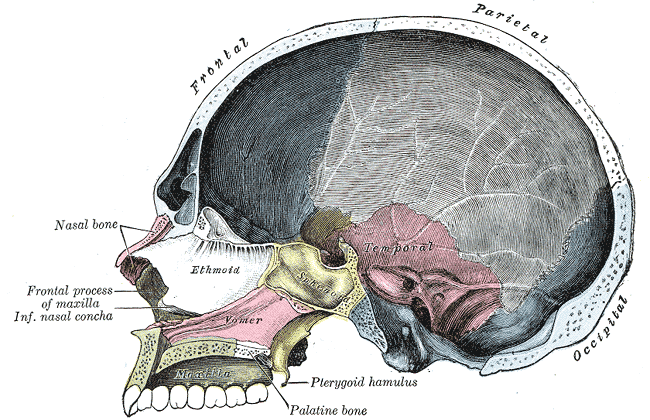 These are two large sinuses located on either side of the anterior part of the frontal bone (the front of the frontal bone) just above the orbits. The left and right frontal sinuses which usually differ in size  have two parts – a horizontal and vertical part. Each frontal sinus has a duct known as the frontonasal duct which drains into the nasal cavity through the ethmoidal infundibulum.

The sphenoid sinuses are located in the bone at the base of the brain which is thin and fragile due to the presence of these sinus cavities. It lies in close proximity to several important structures in the cranial cavity which houses the brain, separated only by a thin bone. The sphenoidal sizes are unequal in size and may vary in position from the midline.It is essentially an extension of the posterior ethmoidal cells (ethmoid sinus).

The maxillary sinuses are the largest of the paranasal sinuses and located in the body of the maxilla (upper jaw). It is the sinus that is the most likely to become infected and given its size and close proximity to other key structures on the skull, there is a risk of the infection spreading. The maxillary sinus lie immediately below the floor of the orbit (‘eyeball socket’), to the side of the nasal cavity and above the roots of the maxillary teeth, particularly the first two molars.

Nerves of the Paranasal Sinus

Location of the Sinus Cavities 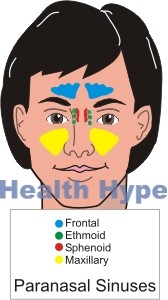 Functions of the Paranasal Sinuses

The exact function of the sinus cavities are unclear. It is believed to contribute to the following :