Cervical cancer is cancer that develops in the cervix – the narrow, lower part of the uterus which leads into the vagina. It is often asymptomatic in the early stages. Symptoms such as abnormal vaginal bleeding, pelvic pain, and pain during sexual intercourse usually appear late, similar to uterine cancer (endometrial) and vaginal cancer. Although it may occur at any age, middle aged and older women are most commonly affected.

The pre-cancerous stage (carcinoma in situ) or early stage cervical cancer can be detected by a pap smear. Routine testing is therefore advisable for all girls and women, especially those who are sexually active. Infection with human papillomavirus (HPV), which is transmitted through sexual contact, is a very important risk factor associated with the development of cervical cancer.  Vaccination against HPV and early detection of the cancer by routine pap test can significantly lower the incidence of cervical cancer and increase the chance of successful treatment. Although the incidence of cervical cancer has decreased in the United States over the past few years, it is still one of the most common cancers of the reproductive system seen in women in the developing countries. 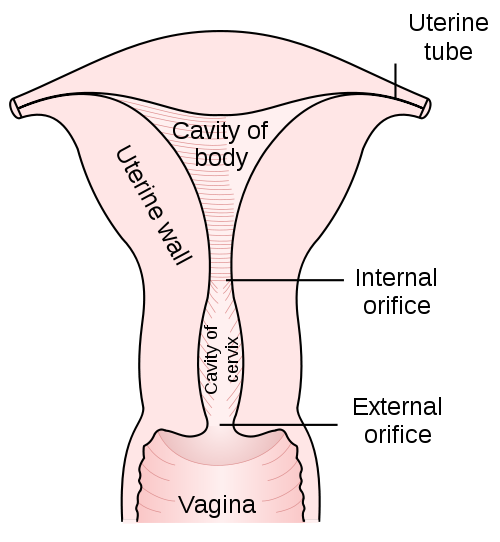 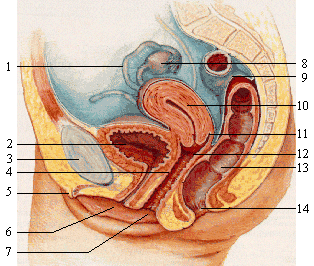 Cervical cancer may spread locally into the deeper layers, or into the adjacent tissues of the uterus and vagina, or to the bladder, rectum, and the pelvic wall. It may metastasize to distant sites such as the lungs, liver, bone and lymph nodes through the blood stream or lymph vessels. Lymphatic invasion may occur initially to the paracervical lymph nodes, then into the hypogastric and external iliac lymph nodes, and subsequently into the common iliac and para-aortic lymph nodes.

The transition phase, where the normal, healthy cells are showing some abnormalities is the pre-cancerous stage. It is also known as carcinoma in situ, cervical intraepithelial neoplasia (CIN), dysplasia, or squamous intraepithelial lesion (SIL). Most cervical cancers develop slowly from pre-cancerous growths into invasive carcinoma. Not all pre-cancerous lesions, however, develop into cancers, and many of these lesions may resolve on its own without any treatment. It is crucial to detect abnormalities at the earliest possible stage like in the pre-cancerous stage.

Different growth patterns may be seen for invasive cervical cancer, such as :