A miscarriage can be devastating for a woman and it is important to look for any preventable cause so that future pregnancies are not jeopardized, although in a large number of cases no definite cause will be found. A miscarriage in early pregnancy is thought to be nature’s way of dealing with some abnormality within the fetus (genetic defects) by not allowing the pregnancy to proceed any further.

Spontaneous abortion or miscarriage is the spontaneous termination of pregnancy before 20 weeks of gestation or delivery of a fetus weighing 500 grams or less (a non-viable fetus). Spontaneous abortion encompasses threatened, incomplete, inevitable, complete, missed and septic abortions and is the most common cause of vaginal bleeding in the first trimester (first 12 weeks) of pregnancy.

The terms threatened, inevitable, incomplete and complete abortion may be taken as four stages of spontaneous abortion or miscarriage, where one stage may progress into the other. 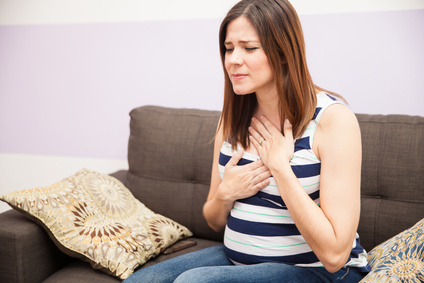 In threatened abortion, the pregnancy may be at risk of being terminated but in more than half the cases, the pregnancy can be saved. It is most common in the first trimester of pregnancy and usually presents as vaginal bleeding in early pregnancy with little or no pain, although slight abdominal cramping may be present.

There is no cervical dilatation and the most significant finding on examination is a closed cervical os (opening of the cervix). Ultrasonography may show a continuing intrauterine pregnancy. A threatened abortion needs to be differentiated from an ectopic pregnancy (a more dangerous situation) by assessing the beta-human chorionic gonadotropin level (Quantitative HCG Blood Test) in conjunction with the ultrasonography report.

In this case, conditions are such that the pregnancy cannot be saved. In addition to vaginal bleeding in early pregnancy (which may be more severe than that seen in threatened abortion), low back pain and severe abdominal cramps are more likely to be present. There is cervical dilatation and on examination the os is found to be open, with or without protrusion of the products of conception (fetal tissue, placenta and membranes). Ultrasonography may show the products of conception in the lower uterine segment or the cervical canal.

In an incomplete abortion, there is usually persistent and severe vaginal bleeding with abdominal cramps. Some, though not all, of the products of conception are expelled from the uterus through the dilated cervix. Some of the tissues may be seen in the vagina during examination or the patient may give a history of passing some products. Ultrasonography will confirm the presence of some products of conception still retained within the uterus.

In a complete abortion, all the products of conception have been expelled from the uterus. In the initial stage of the abortion or miscarriage, there is severe abdominal pain and vaginal bleeding, but after the passage of all the products, the pain and bleeding diminishes. On examination, the os will be found to be closed. Ultrasonography will show an empty uterus.

This is a type of abortion where the fetus is dead but the products of conception are retained within the uterus. There may be no symptoms at all or a brownish vaginal discharge or brown vaginal bleeding may occasionally be seen. Pain is unlikely and os will be closed.

Since no symptoms may be present, the patient is usually unaware that a miscarriage has occurred. Loss of pregnancy symptoms following a period of amenorrhea (cessation of periods), a decrease in size of the uterus, or inability to detect a fetal heart beat at the expected stage of pregnancy may raise a suspicion of missed abortion, which can be confirmed by ultrasonography.

Infection within the uterus or the products of conception (usually a bacterial infection) may occur if any tissue from the placenta or fetus remains in the uterus after an abortion. Fever, chills, foul-smelling vaginal discharge, persistent vaginal bleeding, abdominal cramping, and pelvic pain or discomfort are common findings.

Sometimes, a woman may have miscarriages in successive pregnancies. When three consecutive pregnancies end in spontaneous abortion, it is known as habitual or recurrent abortion. 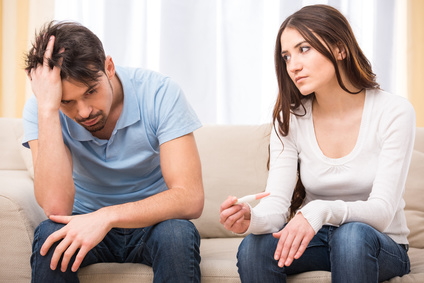 There are certain causes, as well as risk factors, which may lead to a spontaneous abortion.

Chromosomal abnormalities account for a large proportion of abortions in the first trimester of pregnancy. Most spontaneous abortions are associated with abnormal products of conception and may occur even before the diagnosis of pregnancy is made. Some are lost before implantation of the fertilized ovum into the uterine wall (first week of gestation), some during implantation (second week of gestation), while others after the first missed period.

Maternal age over 35 is associated with more risk of chromosomal abnormalities and first trimester abortion. It has been seen in miscarriages occurring after conceiving with donor eggs that the age of the donor is the deciding factor in causing abortion and not the age of the recipient. An aging oocyte or egg is more likely to be the cause of miscarriage.

Hormonal factors may play a part in increasing risk of miscarriage, in conditions such as :

Luteal phase defect – this may be related to failure of corpus luteum to produce adequate amount of progesterone to maintain the early stage of pregnancy. However, luteal phase defect as a cause of miscarriage has not been conclusively proven.

Uncontrolled diabetes or severe hypertension may increase the risk of a spontaneous abortion.

Maternal, fetal or placental infection with certain organisms often leads to a miscarriage :

Rubella (German measles) and malaria in pregnancy are associated with higher risk of miscarriage.

Collagen vascular diseases such as systemic lupus erythematosus (SLE) and antiphospholipid antibody syndrome may cause miscarriage by making antibodies against a person’s own tissues.

Anatomic or structural defects of the reproductive system

Anatomic defects or abnormalities within the uterus, such as a septate uterus (a septum or wall of tissue dividing the uterus), bicornuate uterus, or a fibroid (a non-cancerous tumor of the uterus) may interfere with implantation of the fertilized ovum within the uterus and lead to a miscarriage.

Cervical incompetence or cervical insufficiency is painless cervical dilation, as a result of weakness of the cervical tissue, which can become the cause of early second trimester miscarriage.

Asherman’s syndrome – vigorous curetting or several dilatation and curettage (D&C) procedures sometimes leads to adhesions within the uterine cavity. It may cause repeated miscarriages.

Prenatal genetic test procedures such as amniocentesis or chorionic villus sampling may increase risk of miscarriage.

Implantation of the fertilized ovum in some site other than the uterus (usually the fallopian tube) will ultimately lead to early pregnancy loss.

Dangers of a Miscarriage

In any type of miscarriage, grief can lead to depression. Feelings of guilt are common where a woman may feel that the abortion may somehow be her fault. This can lead to anxiety and stress disorders, especially in case of recurrent abortions. Psychotherapy is important especially in women who are severely depressed. Identifying the cause of the miscarriage and reassuring the patient that a future pregnancy is possible is an important consideration for the partner, counselor and doctor.

A complete abortion does not usually cause any further problems. Bleeding is generally not severe and gradually diminishes once all the products of conception have been expelled. Infection is a rare possibility.

A threatened abortion in some women may lead to a complete abortion, even after adequate rest and other management. There is also an increased risk of preterm delivery.