Headaches are one of the most common complaints among adults and the cause is not always clearly identifiable. When headaches arise after an accident, be it an injury sustained during a car crash or from a fall, it has to be assessed more closely. Sometimes a person who always suffered with headaches finds that it worsens after an accident.  There are several reasons why headaches may arise after an injury. But sometimes the cause is not always obvious and can continue for months or years for no discernible medical reason.

A concussion is an injury to the brain that affects the way the brain works. It is usually a temporary disturbance in brain function and many people do not even realize that they have a concussion after sustaining a head or neck injury. The cerebrospinal fluid (CSF) surrounding the brain prevents it from striking the inner walls of the skull during impact. However, a violent blow to the head or neck can provide sufficient force to cause the brain to strike the skull walls.

Apart from the headache which may sometimes not be overt pain but rather a compressing feeling in the head, these other symptoms may also be present:

A temporary loss of consciousness can occur after the event. However, a concussion can still occur even if a person does not lose consciousness during or immediately after the traumatic event. Symptoms that last for months or years may be classified as post-concussion syndrome.

Muscle strain is the most common cause of headaches, be it non-traumatic or due to trauma. It is usually strain or spasm of the muscles of the head, neck and sometimes upper back that causes the headaches. Muscle strain is very likely to occur in these areas with trauma. Sometimes it may be a direct blow  o these muscles but at other times it can occur with awkward and abnormal muscle movements during the event. Whiplash is one such instance of the latter when it affects the neck muscles and ligaments. Muscle strain can also occur afterwards due to changes in normal movement as a result of the injuries sustained in the accident. 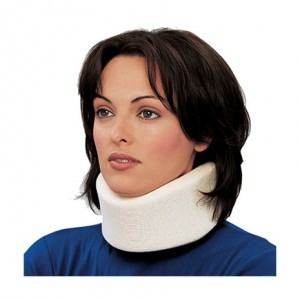 Apart from the headache, other symptoms that may be present include:

Whiplash is a common type of injury in motor vehicle accidents. It occurs when the neck muscles and ligaments become strained by the sudden forward and then backward movement of the neck and head. This jerking action can also occur during an assault or with contact sports. Most of the time whiplash resolves on its own without any treatment needed beyond symptomatic relief. However, there are instances where some of the symptoms of whiplash can last for long periods of time. It largely depends on the severity of the whiplash which can be graded from 0 to 4. 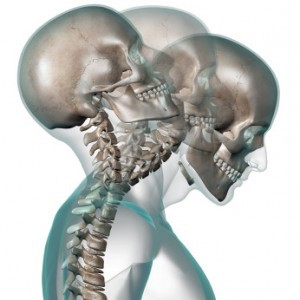 The headaches are usually at the base of the skull and may occur with the following symptoms:

Read more on pain at the back of the head.

A fracture of the skull bones or cervical (neck) vertebrae can also cause headaches. Cervical vertebral fractures tend to occur at the level of C2 or at the level of C6 and C7. The pain is usually in the neck and back of the head. A skull fracture is not common but when it does occur the pain is usually localized to the part of the skull bone that has been fractured. A brain injury can also occur depending the severity of the fracture which can be classified as simple. linear, depressed or compound.

Cervical vertebrae fractures are often considered under whiplash as a grade 4 injury. The signs and symptoms of skull fractures may vary depending on whether it is a simple, linear, depressed or compound fracture as well as on which of the skull bones are affected. Apart from a headache, the other signs and symptoms of a skull fracture may include:

Compression of spinal nerves at its root is commonly referred to as a pinched nerve. The nerve in question is compressed at the point that it leaves the spinal cord and may cause symptoms along the course it runs and part of the body that it supplies. Headaches are possible when the one of the cervical nerves are compressed.  The symptoms associated with  compression of these nerves at the level of the neck is known as cervical radiculopathy. Sometimes the trauma simply worsens a pre-existing verterbral problem thereby leading to a pinched nerve. 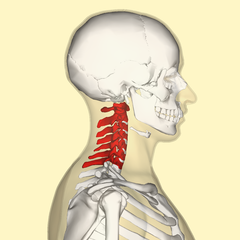 Cervical radiculopathy may lead to nerve irritation to the back of and partly to the top of the head. This is known as occipital neuralgia. Other symptoms of cervical nerve root compression includes:

The symptoms depends on the level of the nerve root compression.