The odd upset of the bowels are not uncommon. We all suffer with a bowel upset at some point or the other in life. For most people it is short-lived and recovery is quick, often within a few days. For others, these upset bowels can last for years or even a lifetime. Understanding what is occurring in the bowels, and the conditions that may give rise to the symptoms referred to as upset bowels is important in identifying the possible causes.

Where are the bowels located?

The bowels are responsible for the digestion and absorption of nutrients. It is also responsible for the formation of stool so that unabsorbed nutrients and waste products can be expelled from the body. The water volume in the body is also controlled to some extent by the bowels. Water is pumped into the bowels to aid with digestion and then absorbed back in the colon to form a solid stool. When the water is not re-absorbed then it is lost with the stool. 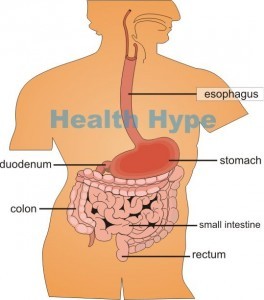 What are upset bowels?

Upset bowels are a common way that people describe any bowel problems where there is diarrhea, abdominal cramping or pain and/or excessive gas (flatulence) among other symptoms. It can be acute or chronic. The more common acute upset of the bowels occurs with food poisoning and gastroenteritis. Chronic cases include flare-ups of inflammatory bowel disease (IBD) and diverticulitis. Irritable bowel syndrome (IBS) is a condition where there are many of these bowel symptoms yet there is no identifiable problem with the bowels.

In upset bowels the small and/or large intestine is irritated or inflamed. This means that it is reacting to some irritation within the bowels or some damage to the bowels has occurred leading to the symptoms of an upset bowel. This irritation or inflammation may be caused by foods that cannot be digested, poisons, microbes (viruses, bacteria, fungi, protozoa), toxins from these microbes and even by the immune system attacking the bowels. Sometimes the cause of the upset bowels cannot be found.

Eating is one of the aggravating factors in bowel problems. The symptoms like diarrhea, cramping and gas tend to worsen after a meal. There are several reasons why this occurs.

Firstly, the digestive processes necessary to break down food can irritate the already inflamed bowels. Spicy foods, stimulants like caffeine, toxins like alcohol and certain preservatives and other food additives are common irritants. Secondly, there are several nerve reflexes that connect different parts of the bowel. Therefore activity in one part of the gut (like digestion after a meal) can also stimulate activity in another part of the gut even before the food reaches that point.

Avoiding food is never advisable if you have a bowel upset. A liquid diet is convenient for short periods of time when vomiting occurs, but should not otherwise be the only source of nutrition even if you have diarrhea. Rather the focus should be on frequent small meals which are bland and balanced.

Foods, drugs and infections are the most likely causes for acute bowel upset. It is usually short-lived, lasting a few days at most, and resolves on its own often without any treatment.

A number of foods can cause an upset bowel. It largely depends on whether a person is ‘sensitive’ to any of these foods or not. Lactose (dairy sugars), fructose and sorbitol are some of the food ingredients that are known to cause upset bowels. Many people are lactose intolerant in that their digestive system cannot breakdown lactose (milk sugars) due to a lack of the digestive enzyme lactase. It is one of the most common food-related digestive problems.

Fructose and sorbitol intolerance are less common. Here as well there may be a deficiency of digestive enzymes to break down foods rich in fructose (fruit sugars) and sorbitol (mainly used as an artificial sweetener). Sometimes the problem lies with the absorption, and not digestion, of these nutrients. Other foods can also be a problem, like gluten-rich foods in gluten intolerance. The undigested nutrients can then lead to diarrhea, abdominal cramping and excessive flatulence.

Many drugs can cause a range of bowel conditions, often as a side effect. Of these, antibiotics are widely known to be a problem in that it causes a condition known as antibiotic-associated diarrhea. The antibiotics destroy the normal intestinal flora (“good bowel bacteria”) which are important for bowel health. This can then lead to a bacterial overgrowth or infection. The bowel problems usually start immediately upon commencing with a course of medication or just after, and typically resolves when the medication is discontinued.

Bowel infections are a common occurrence. The stomach flu as viral gastroenteritis is often called, is the most common bowel infection that affects every person several times in life. Bacteria and protozoan can also cause gastroenteritis. Sometimes it is the not the microbe itself that is the problem but rather the toxins that these bacteria produce and secrete. Contaminated food and water are among the more likely routes through which these microbes and/or its toxins are spread, hence the term food poisoning.

An autoimmune condition simply means that the body’s immune system is attacking the body, or specific organs within the body. There are several of autoimmune bowel conditions. Inflammatory bowel disease (IBD) is among the more commonly known of these conditions. Others include celiac disease which is triggered by the wheat protein gluten and possibly microscopic colitis although the exact cause of this condition is not known. Often there is a familial predisposition and association with one of more other autoimmune diseases.

Functional bowel disorders are not due to any disease. It is rather a state of abnormal functioning of the bowels that leads to a range of symptoms. The reason why this occurs is not known. Irritable bowel syndrome is the most common of these conditions. It is believed to be due to an abnormality in the movement within the bowels. Irritable bowel syndrome (IBS) can be classified as diarrhea-predominent, constipation-predominant or mixed. Abdominal pain and cramping, bloating and alterations in bowel movement are the main symptoms.