The more common bites or stings in urban areas that are not usually serious occurs with some species of:

It is not always possible to identify the insect responsible for the bite or sting. The general measures adopted in managing an insect bite or sting at home, provided that it is not serious, is largely the same for any insect. Remember that first and foremost you should move away from the area where you were bitten or try to find and remove the bug from your living quarters to prevent further bites. 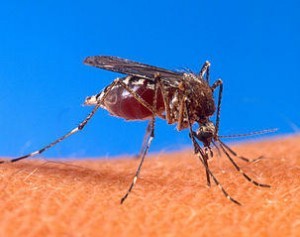 How serious is a bite or sting?

The seriousness of a bite or sting largely depends on the type of insect involved and the toxicity of its venom. It also depends on individual sensitivity to the venom. People who are very allergic to certain venom may develop an anaphylactic reaction within minutes after the bite/sting. Emergency medical attention is required as this reaction can be life-threatening if not treated promptly. Some people will develop a delayed reaction like a fever after an insect bite. It can lead to a systemic infection as the insect introduces parasites into the bloodstream.

Lyme disease is one such infectious condition that is contracted from an insect bite. Some people may go for moths or years without knowing that they contracted the disease from a prior insect bite. The area of the bite or sting may also develop a secondary bacterial infection. This can arise over a period of days or weeks after the bite. Medical attention is also required even though there was no immediate symptoms of  the bite or sting.

With venomous snakes and spiders, a bite can have life-threatening consequences within minutes even if a person is not allergic. Therefore snake and spider bites in particular should be seen in a serious light unless a doctor can verify that there is no imminent threat. For minor bites and stings with little to no symptoms, the following measures can be done at home to minimize the chances of complications. However, you should keep an eye out for any reaction or serious symptoms that may subsequently occur. 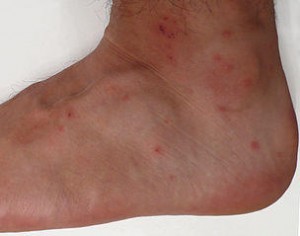 If the symptoms are mild and does not require a trip to the ER, you should first clean the area of the bite or sting. Make sure to remove the stinger if it is still present. The stinger can continue releasing venom even if it is detached from the inset so removing it should be the priority. Wash the area with plain soap and water to rinse off any excess venom. Also try to apply an antiseptic solution to destroy any bacteria in the area as it can enter the wound and cause an infection.

The area of the bite/sting will be inflamed and a quick solution is to apply cold to the area after cleaning. Never apply ice directly to the skin. Instead use a cold pack or wrap a few ice cubes in a cloth and apply it to the area. The cold will help reduce the inflammation and symptoms such as pain, redness and swelling. Apply the cold pack for a few minutes at a time to the area and then remove it until you can tolerate the cold again. This should be one for about 20 minutes and around 3 times a day. Never apply heat to the site as this will worsen inflammation.

Once you have cleaned the area and reduced the inflammation to some extent with a cold pack, you can use over-the-counter medication to relieve some of the symptoms. Ibuprofen or acetaminophen will help with the pain and antihistamines will reduce the itching and inflammation to some degree. Do not use aspirin, especially if you are bleeding from the site of the bite/sting. Remember that these OTC drugs are a short term solution for mild symptomatic relief and if the symptoms persist or worsen then you need to see a doctor immediately.

Often insect bites or stings will itch quite intensely. The skin is irritated by the stinger and the venom causes localized inflammation. However, scratching is one of the worst things that you can do. By scratching you open up the wound further and introduce bacteria into the wound particularly through your fingers and nails. This can lead to an even larger wound and possibly a skin infection. If the superficial infection does not heal it will progress into deeper infections like cellulitis which is very serious.

There are many over-the-counter ointments that can help with the symptoms of an insect bite. It can help reduce the inflammation, pain and itching. It is always advisable to speak to a pharmacist or doctor before apply any topical application to a wound and that includes an insect bite/sting. Steroid creams, calamine lotion and lidocaine gel will provide short term relief from the symptoms. It can also help reduce itching which in turn may prevent infections. Antimicrobial creams are also advised for open wounds.

The intensity of the signs and symptoms of an insect bite should reduce over a few hours to a day. Mild symptoms may persist for a few more days thereafter in some cases. However, it is important to spot the serious signs that may indicate an anaphylactic reaction or infection. Both can be very serious – anaphylaxis can be life-threatening within minutes and an infection within days to weeks. Some of the immediate serious symptoms include facial swelling, difficulty talking or breathing, intense nausea, severe abdominal pain and changes in blood pressure and heart rate. With an infection there may be worsening redness, swelling, pain and pus discharge from the site of the bite/sting.