Chest Pain When Lying Down

The various causes of chest pain may be temporarily exacerbated by a change in position but chest pain that gets noticeably worse and persists or is triggered upon lying down may be due to specific causes. The presence of other signs or symptoms that either start up or aggravate when lying flat may help provide a more definitive diagnosis. Shortness of breath, sweating, dizziness or even fainting spells that may accompany the chest pain should be taken seriously and immediate medical attention is necessary. 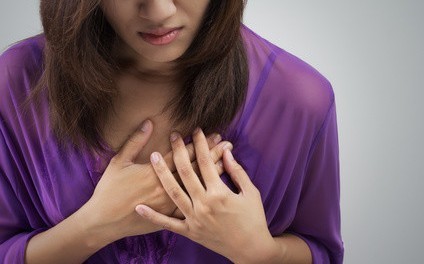 It is important to verify whether lying flat, either on the stomach (prone) or back (supine), makes the pain worse or whether the exacerbation is transient and unrelated to position. Sitting up or even elevating the upper body should ease the pain either partially or completely. If this does occur then it can be substantiated that lying fdownis aggravating or triggering the pain.

It is important to note that one of the common times for a heart attack (myocardial infarction) is in the early hours of the morning. It is therefore important for high risk patients to be able to identify heart attack pain and differentiate between cardiac and non-cardiac chest pain.

The backward flow of acid up the esophagus produces a typical burning chest pain (heartburn), along with other symptoms like nausea, regurgitation and stomach bloating (a sensation of fullness). The pain may only start or aggravate upon lying flat and it is not uncommon for a person with chronic reflux (GERD) to awake at night from sleep due to heartburn. It is also important to note that acid reflux pain does not always present with the typical burning pain associated with heartburn.

Inflammation of the lining around the heart causes a sharp, stabbing pain although it may also be reported as an ache, rubbing or grating discomfort/pain. Pericardial pain tends to aggravate when lying flat and eases upon sitting up. Apart from the pain, patients also experience a shortness of breath when lying flat. Other signs or symptoms include a low grade fever, weakness and fatigue, dry cough and as the condition progresses, swelling of the abdomen or legs may be apparent. 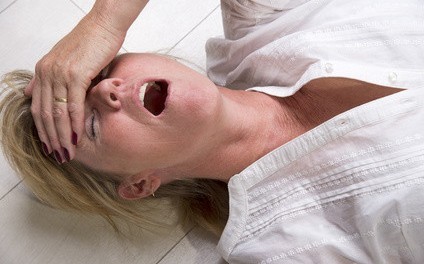 Most respiratory causes of chest pain tends to aggravate when lying flat, especially on the stomach (prone), as breathing may be labored in order to inhale sufficient air. These causes are discussed under Lung Chest Pain.

The various causes of chest wall pain may aggravate when lying flat, especially when prone (lying on the stomach/chest). Greater force is applied on the chest when lying flat, even if a person does not lie on the affected part. Other causes to consider include breastbone pain (sternum) and collarbone pain (clavicle).

The various causes of upper abdominal pain may cause referred pain in the chest. Pain below the breastbone (epigastrium) often falls into upper middle abdominal pain but many patients report it as chest pain. The most prominent causes in these cases, which often exacerbates when lying flat on the stomach (prone), is due to :

Shortness of Breath When Lying Down

Difficulty breathing (dyspnea) may also be described as shortness of breath, breathlessness, uncomfortable breathing or labored breathing. It is the sensation of not being able to get sufficient air despite trying hard to breathe in deeply or rapidly.

It is not uncommon to experience this sensation during periods of strenuous activity or when anxious, nervous or during emotional shock. The shortness of breath in these instances are transient and will settle within a short period of time. It can however, be considered abnormal when there is shortness of breath with minimal activity, or even at rest, when lying down or sleeping.

What is orthopnea and paroxysmal nocturnal dyspnea?

Breathlessness when lying down flat is known as orthopnea and patients will report relief upon sitting or standing up. Paroxysmal nocturnal dyspnea (PND) is shortness of breath that occurs at night while asleep and awakens a person sometimes with gasping and choking. Like orthopnea, PND is often relived by sitting up. 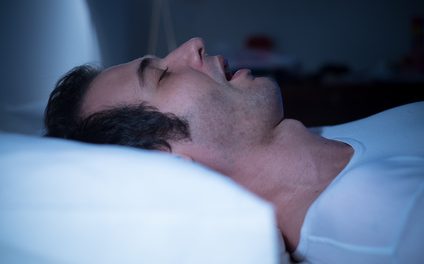 Patients with orthopnea, and even those who frequently experience PND, tend to use extra pillows and prop themselves up at night in order to prevent the shortness of breath or attacks. Some patients may be unaware that their change in sleeping behavior, i.e. using more pillows, is a a result of breathing difficulty. Orthopnea can be graded by the number of extra pillows a person uses – more pillows signifies a more severe orthopnea.

Ann uncommon type of breathing difficulty when lying down is known as trepopnea. Here a patient reports shortness of breath when lying on one side (lateral decubitus position) but not when lying on the opposite side.

Orthopnea and paroxysmal nocturnal dyspnea occurs primarily in cardiovascular disease but is also prominent with certain respiratory diseases like COPD (chronic obstructive pulmonary disease) and bronchiectasis. When lying flat, there is a larger degree of fluid reabsorption from parts of the body that are edematous (fluid swelling). The greater venous return leads to pulmonary congestion and pulmonary edema (fluid in the lungs). This reduces the surface area in the lung available for gas exchange. Shortness  of breath or breathlessness then arises. Lying flat also requires a slightly greater effort when breathing and this is leads to breathlessness in patients with COPD, in pregnancy and those with significant abdominal obesity.

In some conditions, the difficulty breathing becomes evident within seconds or minutes of lying flat, while in other cases it may only become apparent after hours. PND tends to arise within 1 to 2 hours after sleeping while orthopnea is prominent even when lying down for a short period of time hence the need for extra pillows.

Other symptoms that may be present with orthopnea or PND