We all use common terms to describe medical ailments and a ‘weak stomach’ is one of those terms that are widely used. It is not a medical condition as such but rather a term to describe different stomach, bowel and abdominal symptoms. What a ‘weak stomach’ may mean to one person may not necessarily apply to what another person is experiencing. As with any sensation, it is highly subjective. A weak stomach can refer to some minor acute ailment or it may be an indication of serious chronic disorder that requires intensive medical treatment.

A weak stomach can be used to describe a number of different symptoms and medical conditions. To some it may refer to gastritis and conditions that present in a similar way, where there is indigestion, acid reflux and sometimes even upper abdominal pain after eating. For others it may refer to the lower part of the gut, namely the bowels, where there is bloating, flatulence and even diarrhea after eating. One of the common points though is that eating generally triggers or worsens symptoms.

For this reason most people tend to think that symptoms they are experiencing emanates from the stomach, but it may not always be just the stomach that is the origin of the problem. Sometimes the stomach is not involved at all. A weak stomach may also be used interchangeably with other similar terms like a sensitive stomach. This is also often associated with digestive symptoms that start after eating excessively, or with consuming spicy foods, alcoholic drinks and other foods that one is not accustomed to.

Causes of A Weak Stomach

Although it is difficult to provide a clear cut definition of what a weak stomach may describe, the general understanding of this common and loosely used term means that one or more of the following conditions are more likely to be the cause. The conditions below tend to be triggered or worsened during and after eating. It is important to note that many of these conditions may also be caused or worsened by pregnancy, psychological stress and severe illness.

This is the part of the digestive tract that includes the esophagus, stomach and first half of the small intestine. Common symptoms include heartburn, nausea, vomiting, abdominal pain and/or bloating. 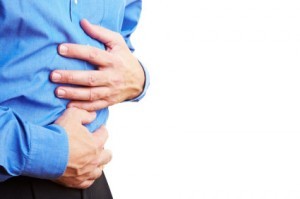 This is the part of the digestive tract that includes the second half of the small intestine, the large intestine (cecum, colon and rectum) and the anus. Common symptoms include altered bowel habit (constipation or diarrhea), abdominal pain, distention, discomfort or pain when passing stool.

Remedies for a Weak Stomach

The treatment for a weak stomach depends on the underlying cause. Medication and/or surgery may be necessary. However, simple dietary and lifestyle measures may also help in the management of the causative conditions. Although these measures may vary depending on the cause, general guidelines can be helpful in most instances. This includes: