Parasitic worms can infest just about any part of the body, and the skin is not immune to these organisms. The idea of a worm living in or under the skin may be scary but these parasites are not the typical worms found in the soil. Instead these skin worms are usually tiny organisms that reside in the body, either within an organ or the bloodstream, and eventually cause skin manifestations.

For most Americans, these skin worms are unheard of as they tend to infest humans in developing nations. However, the worm itself is not entirely uncommon in North America as at one time this species of worm, known as filarial worms, was prevalent in certain southern states. Contrary to popular belief, the common ringworm is not a worm. It is a fungal infection of the skin caused by dermatophytes, a group of skin fungi.

It tends to the infect areas like the feet (tinea pedis also known as athlete’s foot), groin (tinea cruris or jock itch) and the scalp (tinea capitis or scalp ringworm). These microorganisms have a predilection for skin and cause a red ring-like rash that is referred to as ringworm despite it being a fungus and not a worm. Parasitic worms or helminths, like human intestinal worms, are entirely different organisma. Filarial worms are just another type of helminth. There are hundreds of thousands of other species of these parasitic worms, some of which causes disease in humans.

What is cutaneous filariasis?

Filariasis is the disease caused by filarial worms. These are roundworms (nematodes) that belong to the family Filarioidea. Cutaneous filariasis simply means skin manifestations of filariasis but these worms can infest other parts of the body like the lymphatic system and body cavities.  There are hundreds of filarial worms but only about 8 of these worms parasitize humans. Of these, 3 species are considered to be significant in cutaneous filariasis, although 2 other species may also cause significant skin symptoms. These three are Loa loa (loiasis), Mansonella streptocerca (mansonelliasis) and Onchocerca volvulus (onchocerciasis).

Another group of filarial nematodes that can affect humans is known as Dirofilaria worms (dirofilariasis). It is an uncommon disease since humans are poor hosts for this type of worm. However, the incidence of dirofilariasis has increased significantly over the past few years.

Another type of parasitic worm that may emerge through the skin surface is Dracunculus medinensis. It is also a nematode and this condition is known as guinea worm disease.

As mentioned above, there are three types of filarial worms that are responsible for cutaneous filariasis. Although these worms cause a similar disease in the subcutaneous tissue, there may be some variation in the vector (insect that spreads it), life cycle, symptoms and geographical distribution. 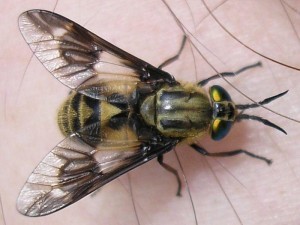 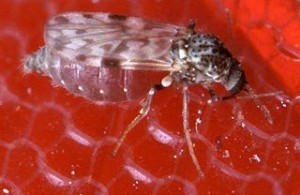 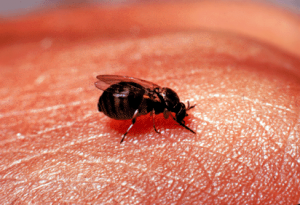 Depending on the type of worm, the symptoms may arise anywhere from a few days to even years after initial infection. Therefore many people may not know that they are infected with the worm and do not seek treatment at an early stage. Another problem is that these worms may cause no symptoms or very mild and vague symptoms at the outset.

When the worm dies, proteins from its degrading body or sometimes even bacteria within it are then released in the human body. The immune system may then react to these proteins or bacteria. The body may attempt to wall off the dead worm which can then lead to a granuloma and fibrotic scarring may cause permanent lumps.

One of the major problems is that travelers from developed nations are not aware of these worm infections when visiting endemic regions. The key to preventing these infections on an individual basis is to avoid being bitten by the vectors (biting flies and biting midges). Repellent sprays and other topical applications may be effective but it is important to use the correct type against these insects.

Nets over the bed and insect screens on the doors and windows may also help. Some vectors like blackflies can be controlled with spraying insecticides. Any prophylactic treatment should be prescribed by a doctor. This is important because several drugs claiming to be prophylactics, especially those being sold in developing nations, may be “fake drugs” and are either not effective or sometimes even toxic.